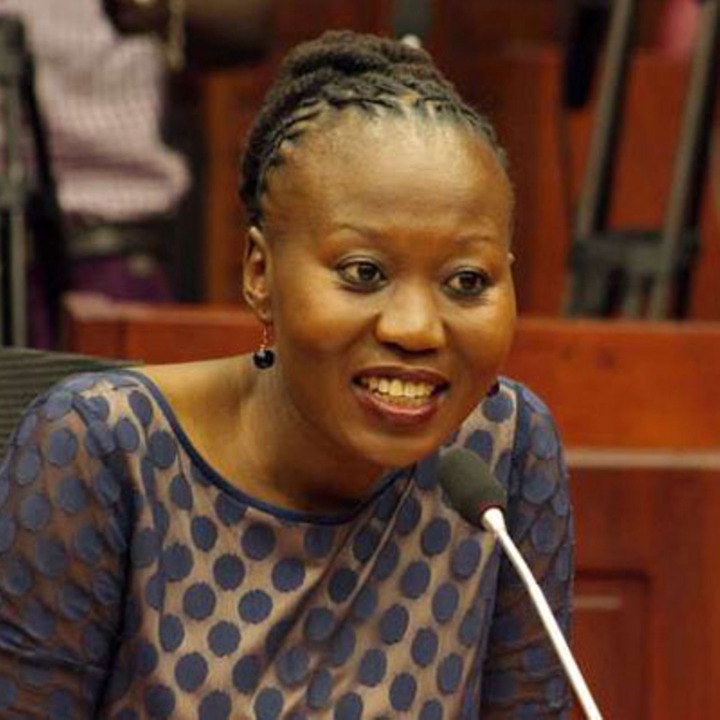 Roselyne Akombe, the former IEBC commissioner turned activist has taken a swipe at the media, faulting it of believing that William Ruto will be the saviour for Kenyans in the fight to shoot down Building Bridges Initiative(BBI).

Akombe alleged that kenyans will not need the Second in Command to lead them, saying that kenyans with civil societies and churches have been doing them without any political assistance.

The former IEBC commissioner was reacting to the Sunday Nation's headline which had pointed out that Churches, civil societies and kenyans needed reinforcement of William Ruto in leading 'NO Camp' in the next referendum.

Dr. Akombe then gave an example of the Moi's era when the civil societies and churches led kenyans in opposing Moi's rule and eventually pressured him to yield to their demands. 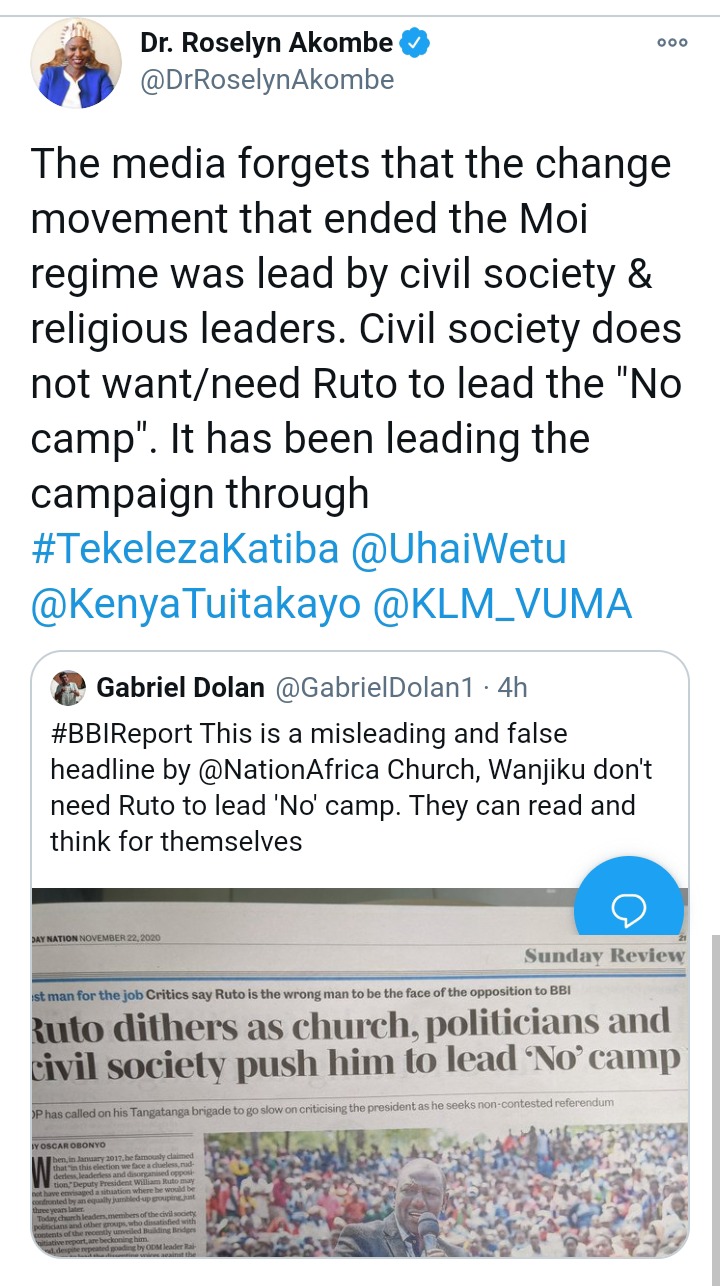 William Ruto has for a long time, since the inception of the BBI document after Uhuru and Raila's Handshake until when it was launched at the Bomas of Kenya last month expressed his disinterest in the document, threatening to shoot down any efforts to change the Constitution if his reservations were not given attention.

However, reports has it that the second in command may be near if not already supporting the BBI document after his meeting with president Kenyatta on Wednesday.

Content created and supplied by Presswriter.Opera News is a free to use platform and the views and opinions expressed herein are solely those of the author and do not represent, reflect or express the views of Opera News. Any/all written content and images displayed are provided by the blogger/author, appear herein as submitted by the blogger/author and are unedited by Opera News. Opera News does not consent to nor does it condone the posting of any content that violates the rights (including the copyrights) of any third party, nor content that may malign, inter alia, any religion, ethnic group, organization, gender, company, or individual. Opera News furthermore does not condone the use of our platform for the purposes encouraging/endorsing hate speech, violation of human rights and/or utterances of a defamatory nature. If the content contained herein violates any of your rights, including those of copyright, and/or violates any the above mentioned factors, you are requested to immediately notify us using via the following email address [email protected] and/or report the article using the available reporting functionality built into our Platform. Read more>>