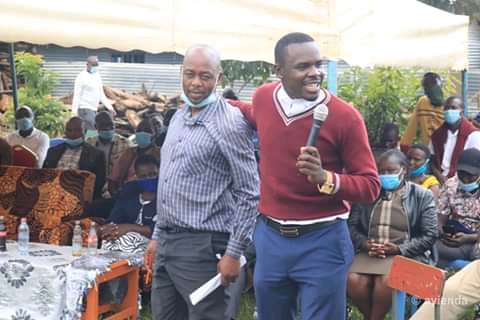 The South Mugirango Member of Parliament Sylvanus Osoro was yesterday handed over the School bus to Nyagichenche Secondary school that he had promised them earlier before his first term in office expires.

The overworking mp with his jocular characters wore the Nyagichenche school attire that has left many people talking,some people have jokingly told him that he fits in form one. 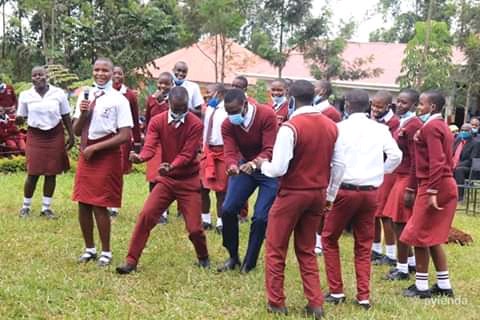 Those opposed to him have disowned osoro's way of politics,saying that he is of publicity gain. Despite other members of parliament who don't include their names when offering services, Osoro does it as he named the vehicle;"Delivered By Hon Sylvanus Osoro" 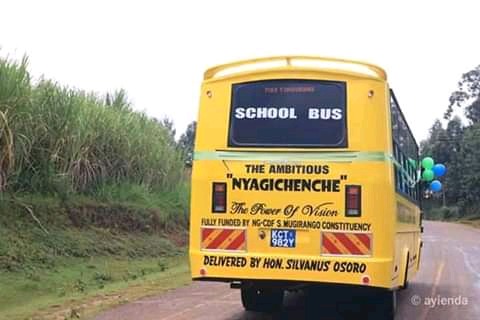 Remaining with only 2years to 2022 general elections leaders are now working on their promises for them to be re- elected again. Sylvanus Osoro has managed to improve the South Mugirango school structures and Roads across the entire Constituency. Being çognizant that the competition is very tidy he has to manoeuvre and woo more voters. 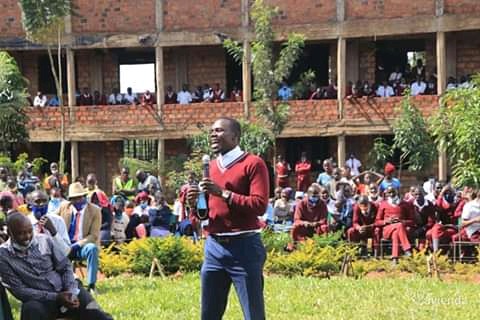 Content created and supplied by Benchmaker.Opera News is a free to use platform and the views and opinions expressed herein are solely those of the author and do not represent, reflect or express the views of Opera News. Any/all written content and images displayed are provided by the blogger/author, appear herein as submitted by the blogger/author and are unedited by Opera News. Opera News does not consent to nor does it condone the posting of any content that violates the rights (including the copyrights) of any third party, nor content that may malign, inter alia, any religion, ethnic group, organization, gender, company, or individual. Opera News furthermore does not condone the use of our platform for the purposes encouraging/endorsing hate speech, violation of human rights and/or utterances of a defamatory nature. If the content contained herein violates any of your rights, including those of copyright, and/or violates any the above mentioned factors, you are requested to immediately notify us using via the following email address [email protected] and/or report the article using the available reporting functionality built into our Platform. Read more>>