Nairobi is among the cities in Kenya belived to have thing number of crimes every day. A good number of crimes is believed to be from informal settlement and this is due to a high number of jobless youths. According to police reports it established that Eastland parts of Nairobi lead in crimes as many youths at arrested each day.

After an outcry from the community and area residents of different parts of Nairobi, the government decides to appoint different policemen drawn from different police forces to help calm down the crime. its believed that the government-appointed 9 police officers who will be operating within Nairobi to help in making sure that Nairobi is free from crime and killings.

Among the police who were appointed by the authorities is the famous "Hessy Wa Dandora".Hessy is the most talked-about policeman in the country he has received praises from the public for being in the far front of reducing crimes in Nairobi. Many love him because before he arrests somebody or killing somebody who is associated with crime he warns her, this is through posting his pictures on social media.

In his recent Facebook posts, he warned one criminal called "Yutman Mgaza".In his post he warns him saying that he was arrested by the residents and set free by police, but since when he has been giving residents sleepless nights by stealing from them. He gave him room to change and if not so he will guns them.

Below are the photos of the criminal warned and reactions from the public. 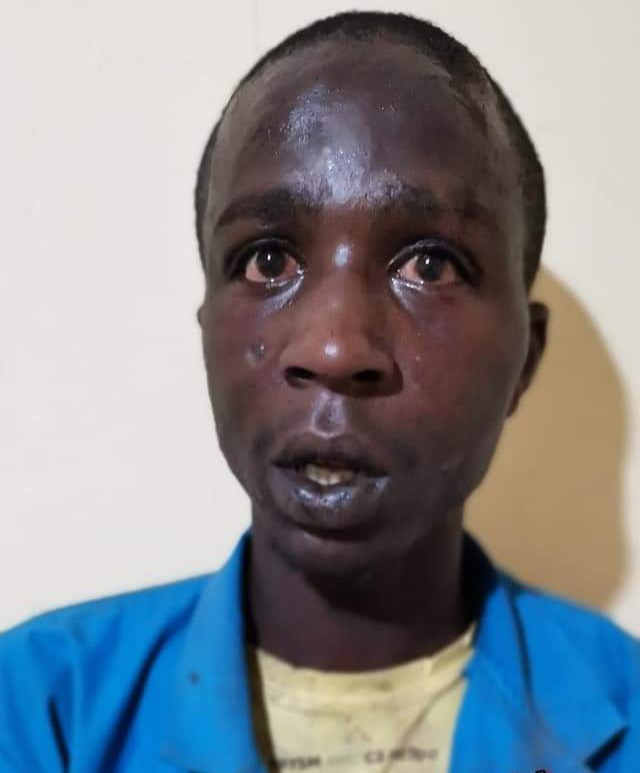 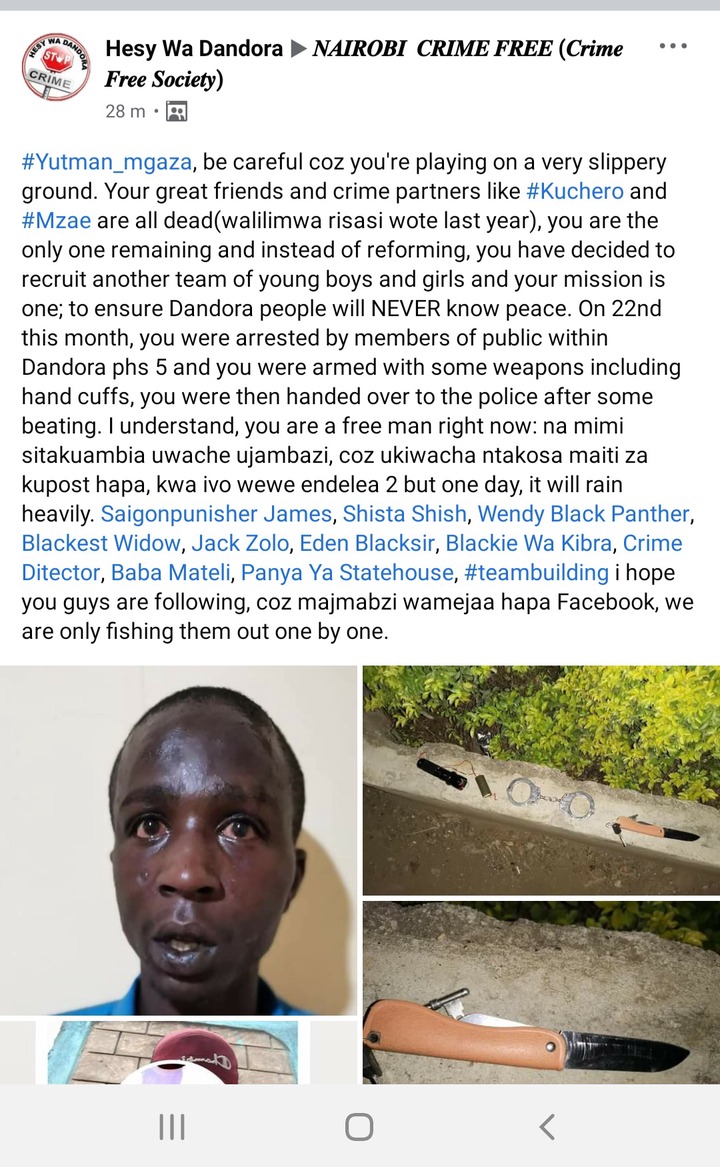 Content created and supplied by vonnews.Opera News is a free to use platform and the views and opinions expressed herein are solely those of the author and do not represent, reflect or express the views of Opera News. Any/all written content and images displayed are provided by the blogger/author, appear herein as submitted by the blogger/author and are unedited by Opera News. Opera News does not consent to nor does it condone the posting of any content that violates the rights (including the copyrights) of any third party, nor content that may malign, inter alia, any religion, ethnic group, organization, gender, company, or individual. Opera News furthermore does not condone the use of our platform for the purposes encouraging/endorsing hate speech, violation of human rights and/or utterances of a defamatory nature. If the content contained herein violates any of your rights, including those of copyright, and/or violates any the above mentioned factors, you are requested to immediately notify us using via the following email address [email protected] and/or report the article using the available reporting functionality built into our Platform. Read more>>