Photos Of Deputy President's Brother Who Is Living In Poverty

While many see him as an aggressive, go-getter and compassionate leader, Ruto has another face that is ugly and cruel.

This is after it emerged that as the Deputy President lives in opulence, his family back in North Rift is leading a miserable life.

Despite being filthy rich and Kenya’s number 2, Ruto’s brother, Paul Ruto, (in the photo below) is living in abject poverty. 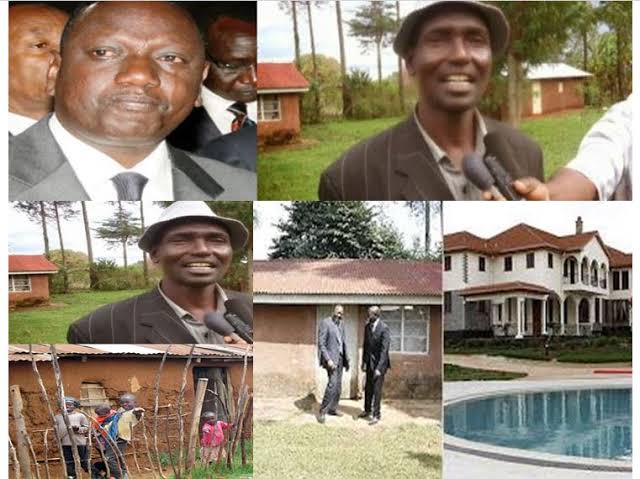 Ruto joins a long list of rich and influential people in Kenya who have abandoned their family back home to rot in poverty as they chop and splash money everywhere in the city.

A typical example is former President Mwai Kibaki, who despite having been in politics for almost four decades one of which, he spent as President for two terms, left his siblings, including brothers and sisters, to languish in poverty and lived below the poverty line.

Content created and supplied by Scarlettmum.Opera News is a free to use platform and the views and opinions expressed herein are solely those of the author and do not represent, reflect or express the views of Opera News. Any/all written content and images displayed are provided by the blogger/author, appear herein as submitted by the blogger/author and are unedited by Opera News. Opera News does not consent to nor does it condone the posting of any content that violates the rights (including the copyrights) of any third party, nor content that may malign, inter alia, any religion, ethnic group, organization, gender, company, or individual. Opera News furthermore does not condone the use of our platform for the purposes encouraging/endorsing hate speech, violation of human rights and/or utterances of a defamatory nature. If the content contained herein violates any of your rights, including those of copyright, and/or violates any the above mentioned factors, you are requested to immediately notify us using via the following email address [email protected] and/or report the article using the available reporting functionality built into our Platform. Read more>>