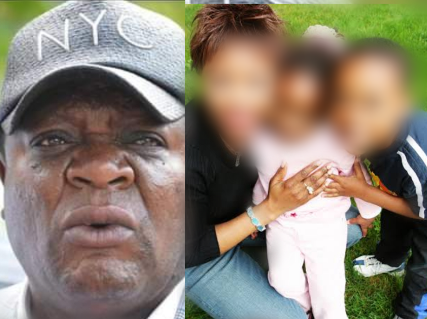 View pictures in App save up to 80% data. At around 11AM today, Milimani Law Courts resident magistrate Peter Muholi delivered a ruling on Anne Wangui's application to have the burial of Matungu MP Justus Murunga's burial halted until the paternity of her children is ascertained.

In the ruling, the magistrate ordered both the applicant and the respondents to obtain DNA samples and carry out separate DNA tests for absolute satisfaction by either party.

He also gave a ruling that the family of the late MP is free to obtain the body from Lee Funeral Home for burial on their desired date.

Moments after that ruling, a photo of Anne Wangui emerged on the internet.

As published by Mediamax's K24 TV, Anne Wangui was pictured in what looks like her house and she looks to be a mature lady who matches. 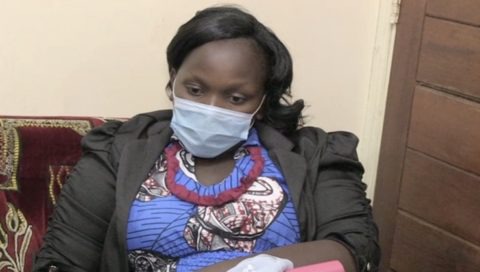 My guess is that she's over thirty years old.

She had claimed that her relationship with Murunga started in 2012 and that the late MP had been planning to build a house for her and "their children" in Karen. 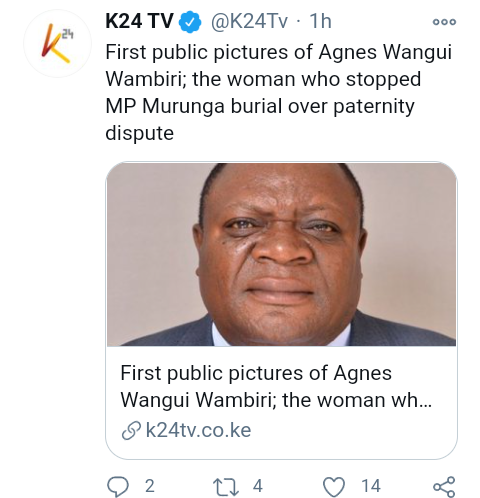 Content created and supplied by AustineBarasa.Opera News is a free to use platform and the views and opinions expressed herein are solely those of the author and do not represent, reflect or express the views of Opera News. Any/all written content and images displayed are provided by the blogger/author, appear herein as submitted by the blogger/author and are unedited by Opera News. Opera News does not consent to nor does it condone the posting of any content that violates the rights (including the copyrights) of any third party, nor content that may malign, inter alia, any religion, ethnic group, organization, gender, company, or individual. Opera News furthermore does not condone the use of our platform for the purposes encouraging/endorsing hate speech, violation of human rights and/or utterances of a defamatory nature. If the content contained herein violates any of your rights, including those of copyright, and/or violates any the above mentioned factors, you are requested to immediately notify us using via the following email address [email protected] and/or report the article using the available reporting functionality built into our Platform. Read more>>