Opinion: Do you know why KDF generals are given jobs after retiring? This is why 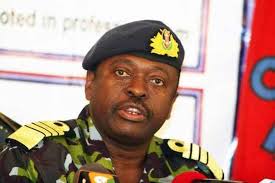 Attaining the status of a general in the Kenya Defense Forces is not an easy task. It involves many years of hard work, rigorous training, and focus. Only a handful of people who have proven to be highly excellent in their work are appointed by the president of Kenya to this position.

Since independence, Kenya has only had 10 generals with the current one, General Kibochi, being the 10th. The general is the chief of defense forces in Kenya and commands all the three sister services (army, airforce, and navy) of the KDF. 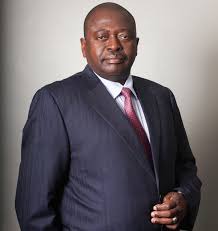 A surprising trend has been seen in Kenya where retired generals of the KDF are appointed to certain positions to lead. The recent appointment has seen Retired General Samson Mwathethe appointed as the chairman of the board of directors of KenGen.

Perhaps you may be wondering, why do generals get appointed after retirement? Well, the answer is simple. Generals hold very crucial secrets about the country and its security. They are aware of how the government operates both in public and in secret.

Therefore, the government always wants to keep them closer; watching each and every foot steps they make to ensure that the country's secrets are kept safe. It is no surprise that after the retirement of General Kibochi, he too will get appointed to a governmental position.

Content created and supplied by hagginsMedia.Opera News is a free to use platform and the views and opinions expressed herein are solely those of the author and do not represent, reflect or express the views of Opera News. Any/all written content and images displayed are provided by the blogger/author, appear herein as submitted by the blogger/author and are unedited by Opera News. Opera News does not consent to nor does it condone the posting of any content that violates the rights (including the copyrights) of any third party, nor content that may malign, inter alia, any religion, ethnic group, organization, gender, company, or individual. Opera News furthermore does not condone the use of our platform for the purposes encouraging/endorsing hate speech, violation of human rights and/or utterances of a defamatory nature. If the content contained herein violates any of your rights, including those of copyright, and/or violates any the above mentioned factors, you are requested to immediately notify us using via the following email address [email protected] and/or report the article using the available reporting functionality built into our Platform. Read more>>