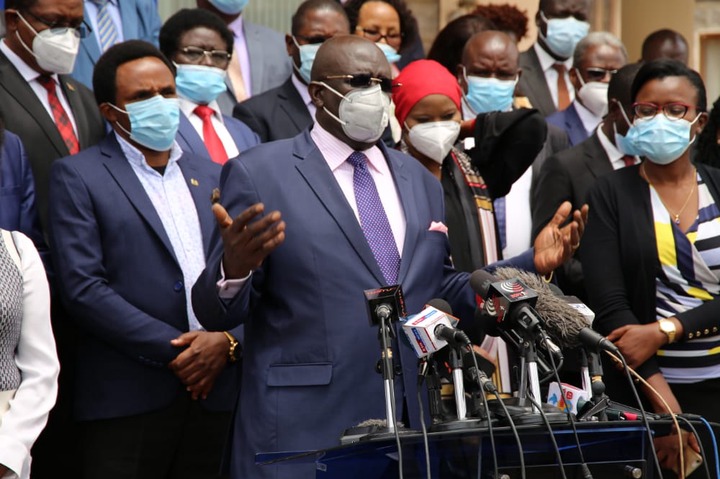 View pictures in App save up to 80% data. The first phase opening of schools came as a surprise.Many people did not expect that it would come this early.The parents however lamented that the schools were unsafe for the learners.Some of them also feared the school fees issue.With all these considerations,the government gave it a try.This saw grade four,class eight and form four candidates getting into classes by 12th October.

In schools,some challenges have been observed.Some schools still lack essential facilities like desks and latrines.Some also lacked even sanitizers.Some children are also in schools without masks.This has seen the schools being risky.Just this week,Some two schools in Mombasa and Nandi County have been closed due to Covid 19 outbreak.Some teachers and students have been tested positive.This has put the country back to the drawing board with all eyes being drawn to the government.

It was expected that the remaining classes would open next week on 26th.Seemingly,this is now stopped.The government has heard the cries of the citizens and decided so.For the first time, yesterday saw the largest number of infections at above 1000.This was a great threat to the second phase opening of schools.With the government's new directives,the learners can now relax and wait for the official opening. 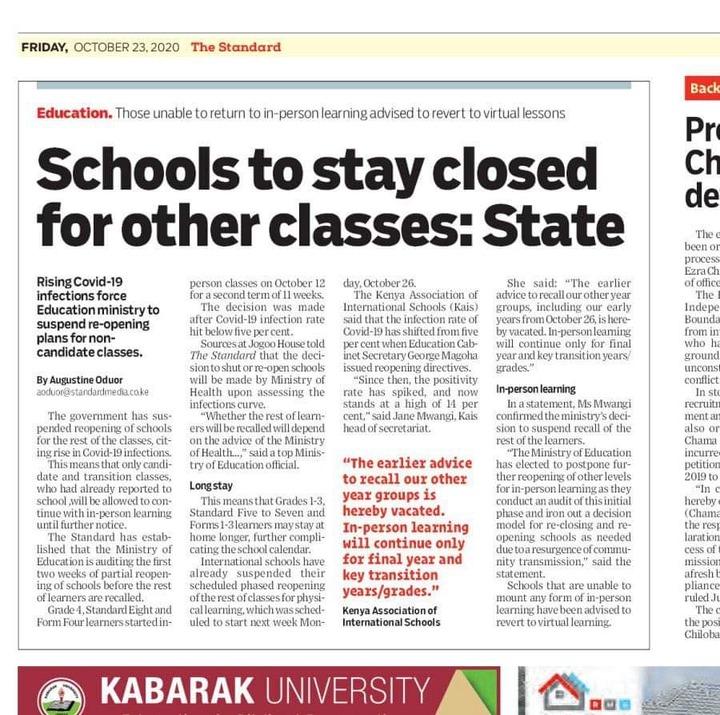 Content created and supplied by Tonnialis1.Opera News is a free to use platform and the views and opinions expressed herein are solely those of the author and do not represent, reflect or express the views of Opera News. Any/all written content and images displayed are provided by the blogger/author, appear herein as submitted by the blogger/author and are unedited by Opera News. Opera News does not consent to nor does it condone the posting of any content that violates the rights (including the copyrights) of any third party, nor content that may malign, inter alia, any religion, ethnic group, organization, gender, company, or individual. Opera News furthermore does not condone the use of our platform for the purposes encouraging/endorsing hate speech, violation of human rights and/or utterances of a defamatory nature. If the content contained herein violates any of your rights, including those of copyright, and/or violates any the above mentioned factors, you are requested to immediately notify us using via the following email address [email protected] and/or report the article using the available reporting functionality built into our Platform. Read more>>