Lamu County residents have now declared that they won't support the recommendation of the Building Bridges Initiative report that was released this week in Kisii state lodge. 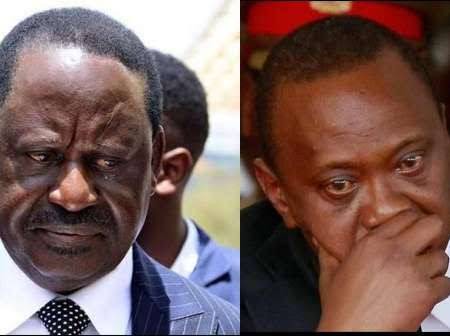 According to the news presented by Citizen TV During Sema Na Citizen Program, Lamu (Raila's Political Stronghold) residents have recommended Raila Odinga and Uhuru Kenyatta to go back to the drawing board as far as BBI Report is concerned.

Additionally, they have reported that they aren't ready to be burdened with tax payments as a result of the expansion of the Executive arm of the Government through the inclusion of the position of the prime minister and Deputy Prime Minister.

This is contrary to Raila's expectation from Lamu county which is perceived as his strongest political bedroom since Nyanza region has rallied behind his back when President Uhuru toured the region yesterday.

View pictures in App save up to 80% data. As this happens, Abuga Makori, a Kenyan Philosophy expert has expressed his heartfelt opinion on the Building Bridges Initiative when he said, "There is nothing radical in the BBI report. The change of governance structure isn't as solid as some of us wanted. They gave us a weak hybrid system. Being a political tool, I foresee a situation where critics like Ruto, Nelson Havi, etc will join the bandwagon, neutralize the plot."

Content created and supplied by DAVIDNTHUA578.Opera News is a free to use platform and the views and opinions expressed herein are solely those of the author and do not represent, reflect or express the views of Opera News. Any/all written content and images displayed are provided by the blogger/author, appear herein as submitted by the blogger/author and are unedited by Opera News. Opera News does not consent to nor does it condone the posting of any content that violates the rights (including the copyrights) of any third party, nor content that may malign, inter alia, any religion, ethnic group, organization, gender, company, or individual. Opera News furthermore does not condone the use of our platform for the purposes encouraging/endorsing hate speech, violation of human rights and/or utterances of a defamatory nature. If the content contained herein violates any of your rights, including those of copyright, and/or violates any the above mentioned factors, you are requested to immediately notify us using via the following email address [email protected] and/or report the article using the available reporting functionality built into our Platform. Read more>>