Mind Blowing Facts That Are Hard To Believe 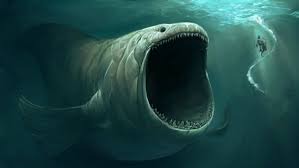 View pictures in App save up to 80% data. 1.Going To Work Is More Dangerous Than Going To War.

Statistically,you are three times more likely to die travelling to or from work than you were to be shipped out to a war these days.

2.Bananas Are Curved Because They Grow Towards The Sun.

3.During A Human's Lifetime..You're Able To Produce Saliva That Can Feel Up Two Swimming Pools

An average human produces between 1 to 2 liters of saliva each day, which is a maximum of 730 liters per year.

The average life expectancy is just over 70 years, which gives a maximum of 51,100 liters of saliva produced in an average lifetime.

This is more than enough to fill two swimming pool

4.An Eagle Can Hunt Down A Younger deer And Fly Away With It.

Never underestimate an eagle!As for the eagles it tends to have a strong eye sight.

5.The British Queen's Handbag Is A Body Language Communication.

It is used by her to relay secret silent messages to her staff.For example,if she is finished speaking to a guest she will move it from one arm to another and her aides will politely end the conversation ,or if she wants to abruptly end a conversation she will put her bag on the ground.

US Professor Randy Lewis transplanted a gene into the goats from a spider that allows the goats to produce milk containing an extra protein.

Content created and supplied by NoobUpdates.Opera News is a free to use platform and the views and opinions expressed herein are solely those of the author and do not represent, reflect or express the views of Opera News. Any/all written content and images displayed are provided by the blogger/author, appear herein as submitted by the blogger/author and are unedited by Opera News. Opera News does not consent to nor does it condone the posting of any content that violates the rights (including the copyrights) of any third party, nor content that may malign, inter alia, any religion, ethnic group, organization, gender, company, or individual. Opera News furthermore does not condone the use of our platform for the purposes encouraging/endorsing hate speech, violation of human rights and/or utterances of a defamatory nature. If the content contained herein violates any of your rights, including those of copyright, and/or violates any the above mentioned factors, you are requested to immediately notify us using via the following email address [email protected] and/or report the article using the available reporting functionality built into our Platform. Read more>>