You have to see it to believe it! 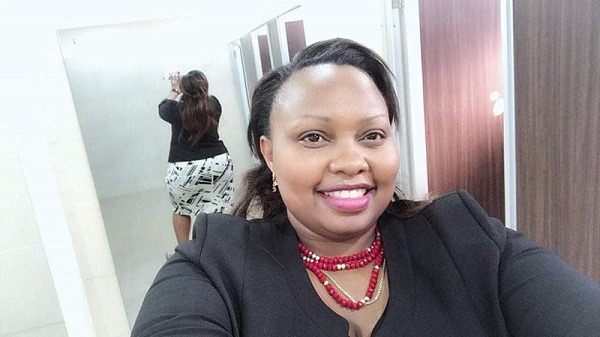 Days after teasing her Jerusalema and John Vuli Gate challenges on Facebook at the recording of her interview with Miss Nailantei, Senator Millicent Omanga showed off her twerking skills on Sunday evening's Eve Woman show on KTN Home.


The 37-year-old nominated Senator hosted the magazine show at her classy, multi-million shilling five-bedroom mansion home in Rimpa, Ongata Rongai on this weekend's show with host Miss Nailantei, whom Senator Omanga overshadowed in her twerking.

The host described the Senator as "a go-getter, smart, tenacious, brave, fierce and down to earth."

On the show she talked about her  love for supporting the youth and single mums and children with cerebral palsy who are very dear to her heart. The episode actually aired on the one year anniversary of her inaugural Boresha Maisha Empowerment programme where she personally sponsored a selected self-help group to a skills training in Dubai.

Her vision and plan was to sponsor three such groups annually but unfortunately, the coronavirus pandemic spoilt this year's arrangements. "Hii Corona ilikuja kuharibu mambo. Mambo itakuwa sawa. Happy Sunday," she said in a post.

Before the show aired, the curvy Senator who doesn't shy away from flaunting her ample shape, teased her twitter followers with another eye-catching post which she simply captioned, "Easy Sunday. #MamaMiradi."

She sent tongues wagging with one commentor asking, "Where do you get this confidence from?". Another comment said, "Aki si unafanya kukua senator ionekane nikama jokes kwa hii country.though uko tuu sawa."

Senator Omanga, a mother of two, is known as a strong ally of DP William Ruto. In fact she credits the Deputy President for her opulent lifestyle and admits that she would be hawking bedsheets if it wasn't for him finding her a job as a director of the Kenya Electricity Generating Company (KenGen) back in 2013.

"One day before the company annual general meeting, I was summoned by the then Energy Cabinet Secretary Davis Chirchir to his office, and within one hour flat, I had become a company director."

Senator Omanga narrated how that one call which changed her life came at a moment when when she was bargaining with an Indian shopkeeper over the price of 30 bedsheets at a shop in town, while looking to squeeze in a decent profit to survive the month.

She got lucky once again in 2017 after losing her battle to be elected Nairobi's Women Representative to Esther Passaris. DP Ruto's ruling Jubilee party came through for Ms. Omanga once more when they picked her as a nominated Senator.

Speaking during a party hosted by MP Sylvanus Osoro last year, Senator Omanga said she was not shy to say that William Ruto was behind her success, “This is one man who believes in the leadership of the youth.”

Whoever once said, "My fren, you should know people," wasn't wrong.