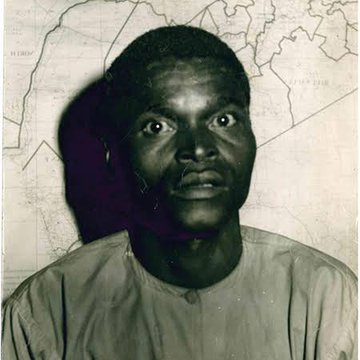 View pictures in App save up to 80% data. Kajiwe while still a young man/Photo Courtesy

In 1993, a powerful family in Kenya's coastal region laid to rest an elderly man who died after what could be described as a colorful life. The family had lost a father, over women had lost a husband and dozens were burying their grandfather. But this was not a normal man, his life had been anything but normal.

His name features in Kenya's Parliamentary Hansard dozens of times especially when cases of witch craft at the coast were being discussed. He was a wine tapper until he was allegedly dragged by spirits under the sea where he spent three months feeding on mud.

As a wine tapper in Shika Adabu in Likoni area, he was an ordinary young man who nobody thought would become a great medicine man. But he changed into the famed Kajiwe after his encounters under the sea,” says Suleiman Washe Guro who was his younger brother. 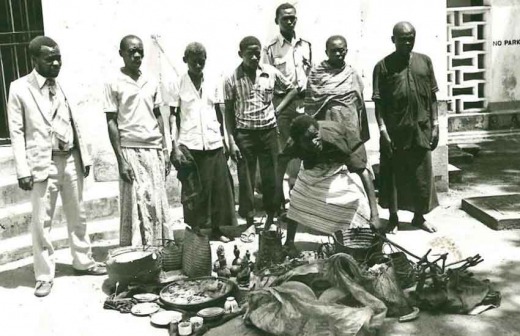 Kajiwe worked as a witch hunter and is said to have had super natural powers that saw his body swell when he was in the presence of witches. On 6th November 1970, he was arrested and detained on the orders of the Coast Province Provincial Commissioner under the Public Security Act. 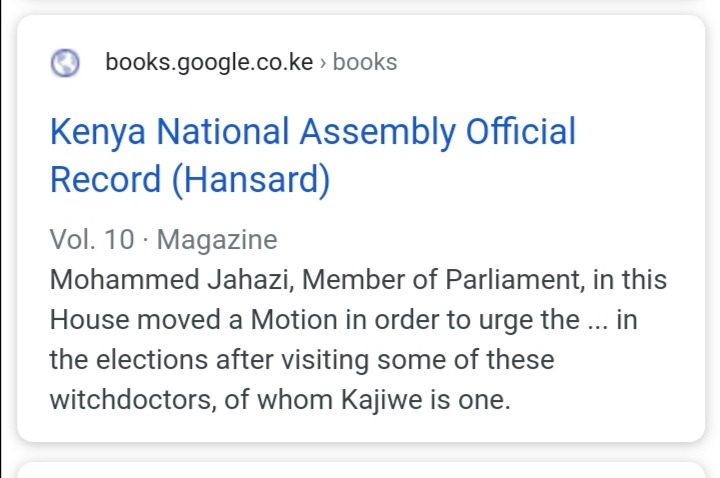 This raiser hue and cry among Coast Province Parliamentarians who accused the government of misusing the aforementioned act. On 9th December 1970, this was discussed in Parliament with the then Vice President Daniel Arap Moi getting involved. He insisted that Kajiwe would be released once he denounced his craft. This did not happen but Kajiwe was still released. 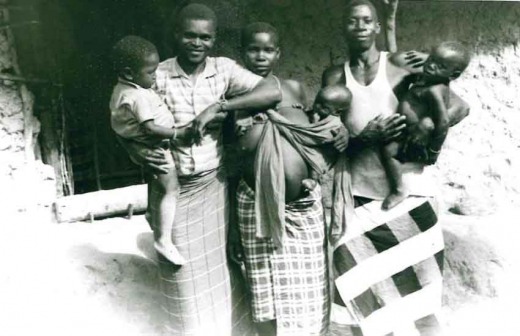 Controversy still follows Kajiwe beyond the graveyard as his brother sold the land he was buried on to transport company PN Mashru which constructed staff quarters on it. In July 2020, his family lost a court case against the company which accused them of trespassing when visiting Kajiwe's grave.