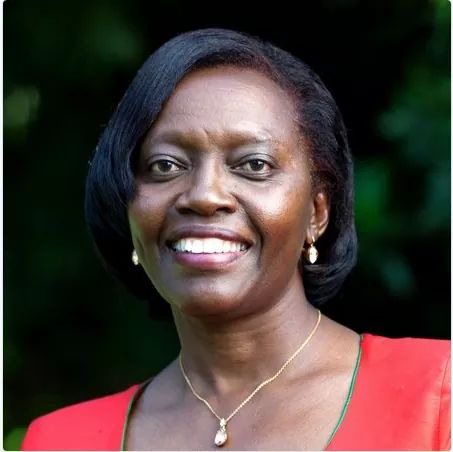 Kirinyaga gubernatorial candidate Martha Karua has won big after the East African court of Justice ruled in her favour over the 2017 general elections where she was competing against Anne Mumbi Waiguru.

In a judgement rendered by the court, the Kenyan Supreme Court was faulted for having confirmed the election of Waiguru a matter Karua has referred to as getting the justice that she was denied in Kenya.

The court also awarded her a huge some of money amounting to around Ksh 2.5 million which will be for having been denied justice back in Kenya.

"A momentous day for human rights& judicial accountability as the East African Court of Justice rules in favour of @MarthaKarua for the injustice suffered in Kenyan courts especially the Supreme Court of Kenya @NTVnewsroom @KTNNewsKE @citizentvkenya @ntvkenya"@Gitobu Imanyara. 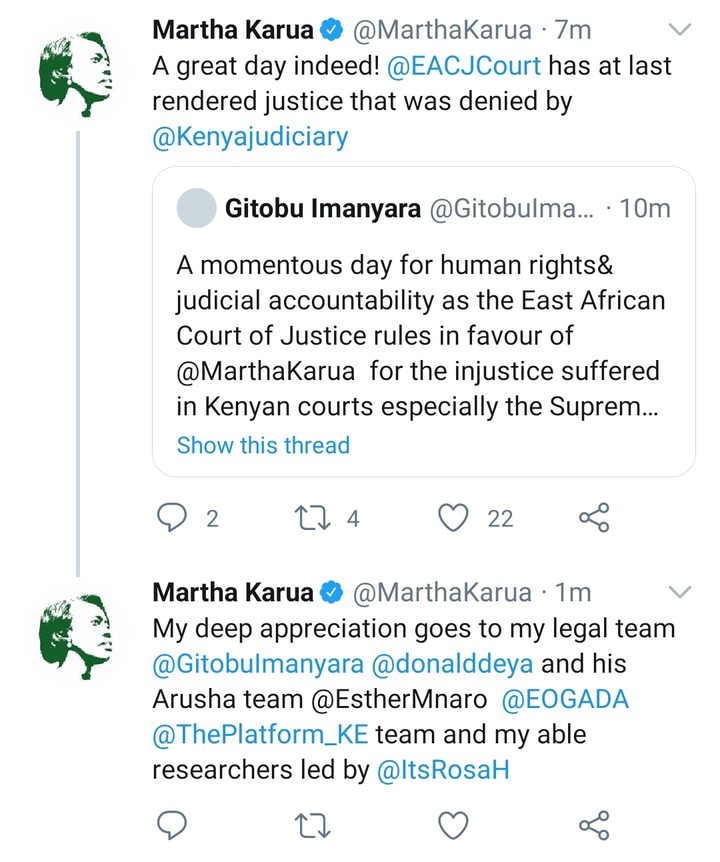 She has since appreciated all her lawyers for having been there for her throughout the journey that she has walked together with her towards seeking for the justice she has received from the court.

Content created and supplied by J.M..Opera News is a free to use platform and the views and opinions expressed herein are solely those of the author and do not represent, reflect or express the views of Opera News. Any/all written content and images displayed are provided by the blogger/author, appear herein as submitted by the blogger/author and are unedited by Opera News. Opera News does not consent to nor does it condone the posting of any content that violates the rights (including the copyrights) of any third party, nor content that may malign, inter alia, any religion, ethnic group, organization, gender, company, or individual. Opera News furthermore does not condone the use of our platform for the purposes encouraging/endorsing hate speech, violation of human rights and/or utterances of a defamatory nature. If the content contained herein violates any of your rights, including those of copyright, and/or violates any the above mentioned factors, you are requested to immediately notify us using via the following email address [email protected] and/or report the article using the available reporting functionality built into our Platform. Read more>>