Chelsea has been impressive recently with there current form.The club has managed to win there games with much easy due to there outstanding performance now.This has been attributed to the club new signings last summer which have really improved the squad.However,Chelsea fans are hopeful that the club would continue with the fine form in there champions league clash against Sevilla tonight. View pictures in App save up to 80% data. However,Frank Lampard the Chelsea manager has left foot ball fans amused with his funny pictures found in his Instagram page account.In one of the pictures,the manager has is seen in an aeroplane with his wife Christine showing love to her. 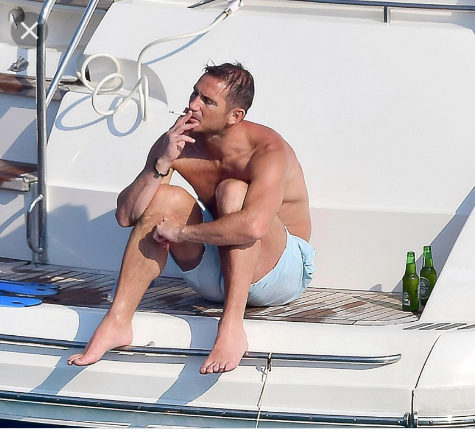 View pictures in App save up to 80% data. In the second picture,the manager is seen smoking a cigarette in a restaurant some where.This has made most of the fans to question if the manager sometimes smoke behind the scenes.Some of them even started blaming the manager for his poor starting lineups always as they viewed the act as the possible cause.

Chelsea fans,what player in Chelsea squad would you like to be eliminated from the starting lineup and come as a substitute?Drop the name in the comments.

Make sure you follow me for trending news now.Thank you.

Content created and supplied by CreativityBillionaire.Opera News is a free to use platform and the views and opinions expressed herein are solely those of the author and do not represent, reflect or express the views of Opera News. Any/all written content and images displayed are provided by the blogger/author, appear herein as submitted by the blogger/author and are unedited by Opera News. Opera News does not consent to nor does it condone the posting of any content that violates the rights (including the copyrights) of any third party, nor content that may malign, inter alia, any religion, ethnic group, organization, gender, company, or individual. Opera News furthermore does not condone the use of our platform for the purposes encouraging/endorsing hate speech, violation of human rights and/or utterances of a defamatory nature. If the content contained herein violates any of your rights, including those of copyright, and/or violates any the above mentioned factors, you are requested to immediately notify us using via the following email address [email protected] and/or report the article using the available reporting functionality built into our Platform. Read more>>