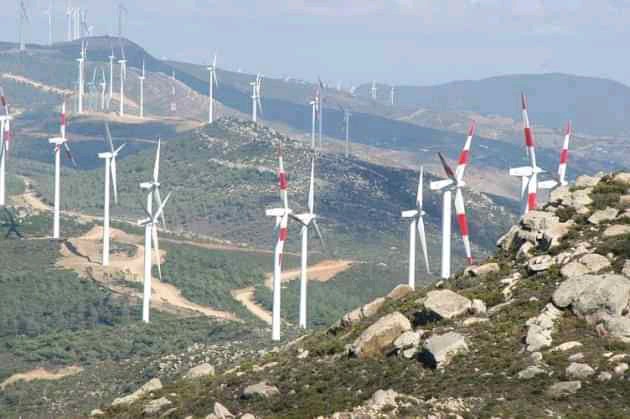 View pictures in App save up to 80% data. The lake Turkana wind farm is located in loiyangalani in the marsabite county about 400 meters from the shores of lake Turkana developed by lake Turkana wind power, consortium comprising KP and P, Norwegian investment funds for developing countries, Finish Fund for industrial Cooperation among other companies.

It is currently the biggest wind power farm in Africa with more than 350 wind turbines which produces a total of 310 Mega Watts which is high than some hydroric powers combined, it costed a total amount of $680 million which is equal to 68 billion Kenyan shillings, it started back in 2014 but was fixed into the grid system in 2018.

It contributes more than 15% of the total power produced in Kenya, Lake Turkana wind farm was meant to unlock the northern economy and also supply power to the ballooning industries in Kenya.

This is one of Kenya's projects that will soon be game changers only time will tell.

Content created and supplied by Kevin.n.Opera News is a free to use platform and the views and opinions expressed herein are solely those of the author and do not represent, reflect or express the views of Opera News. Any/all written content and images displayed are provided by the blogger/author, appear herein as submitted by the blogger/author and are unedited by Opera News. Opera News does not consent to nor does it condone the posting of any content that violates the rights (including the copyrights) of any third party, nor content that may malign, inter alia, any religion, ethnic group, organization, gender, company, or individual. Opera News furthermore does not condone the use of our platform for the purposes encouraging/endorsing hate speech, violation of human rights and/or utterances of a defamatory nature. If the content contained herein violates any of your rights, including those of copyright, and/or violates any the above mentioned factors, you are requested to immediately notify us using via the following email address [email protected] and/or report the article using the available reporting functionality built into our Platform. Read more>>