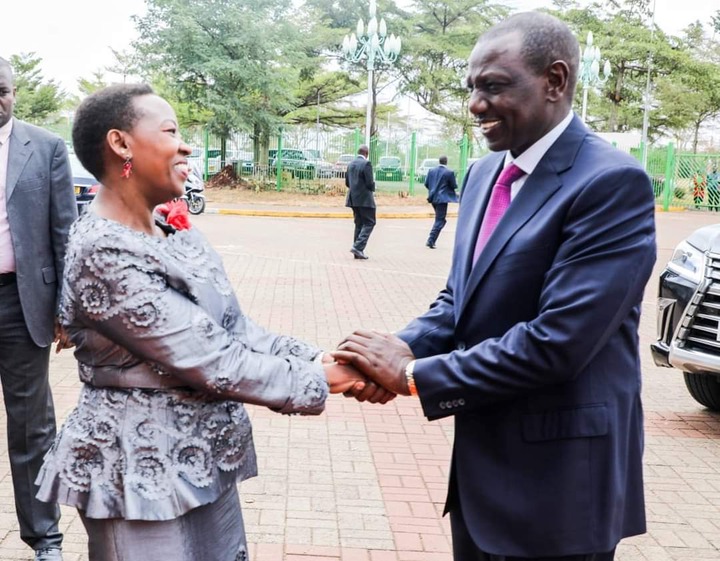 Kenyans have overwhelmingly joined deputy president William Ruto's wife Mama Rachel Ruto on Wednesday afternoon in mourning after she disclosed the death of a rider.

Through her social media accounts, the second lady noted that she had learnt of the death of the young vibrant rider in shock since it occured while she was riding.

"I am gutted to hear of the unfortunate death of Kui Gitonga, a young, vibrant and innocent rider who was knocked down this morning while riding,"part of her message reads.

She has since described the late to as having been a formidable person who have her all towards coaching more upcoming riders.

"Kui was a formidable young spirit who gave of herself to coach young upcoming riders"@Mama Rachel Ruto. https://t.co/aVfrobT02r 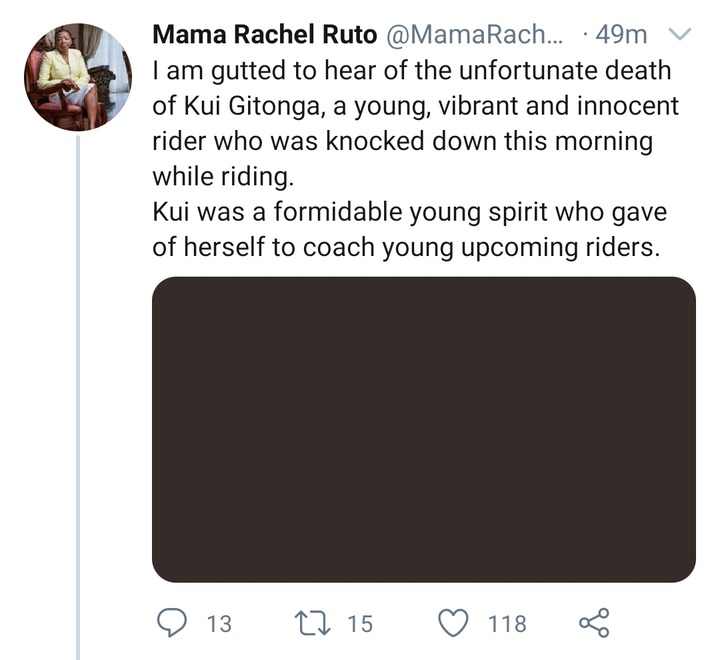 View pictures in App save up to 80% data. She has since urged motorists to exercise great and extra caution on the Kenyan roads since they are not rider friendly since no special designate riding paths have been given.

"Our hearts and prayers go out to Kui, her family and the entire rider community during this difficult period.Rest in peace, Kui."@Mam Rachel Ruto. 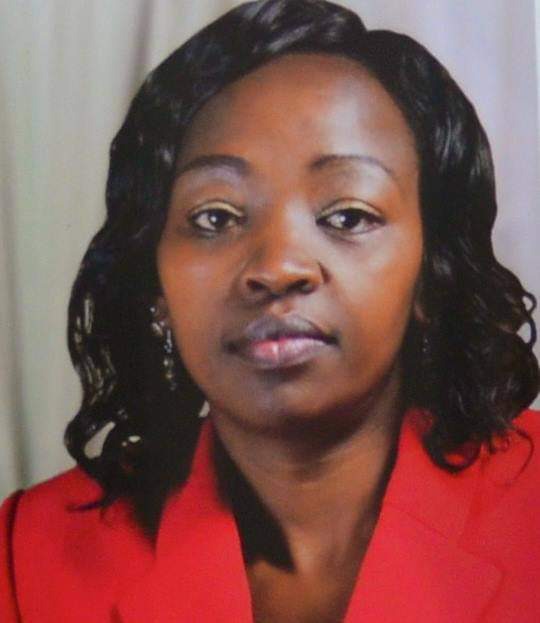 Mama Rachel Ruto has been known to have become a great supporters of riders in the country and she has been taking part in riding of bicycles.

Content created and supplied by Jay_Moh.Opera News is a free to use platform and the views and opinions expressed herein are solely those of the author and do not represent, reflect or express the views of Opera News. Any/all written content and images displayed are provided by the blogger/author, appear herein as submitted by the blogger/author and are unedited by Opera News. Opera News does not consent to nor does it condone the posting of any content that violates the rights (including the copyrights) of any third party, nor content that may malign, inter alia, any religion, ethnic group, organization, gender, company, or individual. Opera News furthermore does not condone the use of our platform for the purposes encouraging/endorsing hate speech, violation of human rights and/or utterances of a defamatory nature. If the content contained herein violates any of your rights, including those of copyright, and/or violates any the above mentioned factors, you are requested to immediately notify us using via the following email address [email protected] and/or report the article using the available reporting functionality built into our Platform. Read more>>