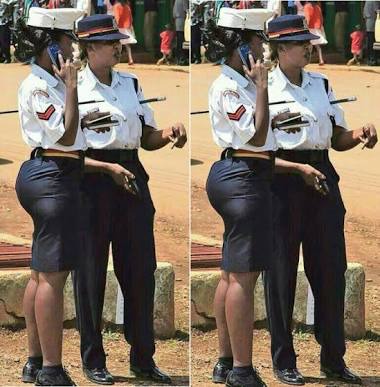 After the police service commission realised breach of the prescribed dress code especially on the side of police women, it has once again cautioned the officers for going against standing orders.

In a circular dated November 20th 2020 seen by K24, deputy inspector-general of police made an observation with a lot of concern that uniformed female officers were wearing their hair in unacceptable styles.

Mr. mbugua further directed female officers to revisit standing orders chapter 11-dress code regulations, which says that hairstyles should not extend beyond the collar of the blouse, the hair should not he dyied with conspicuous colours among many others.

Kenyans deferred in great lengths with the deputy inspector general terming those rules as too colonial to be imposed on somebody's wife even if they're serving in the police force.

They reacted as follows:

Joshua: I can't see how nails and hairstyle prevents a police woman from carrying out their duties. Ukoloni uliisha.

Meshak: I want to see beautiful and attractive police women in police uniforms, so let them wear what they love.

Macharia: police women are wives and girlfriends to men too. you may find that whoever came up with this order doesn't have control over his wife, he's bringing stress to other people's wives. 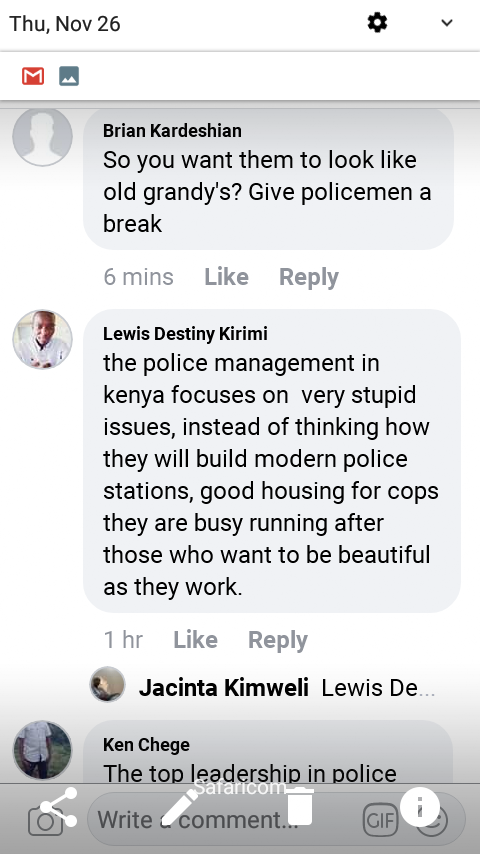 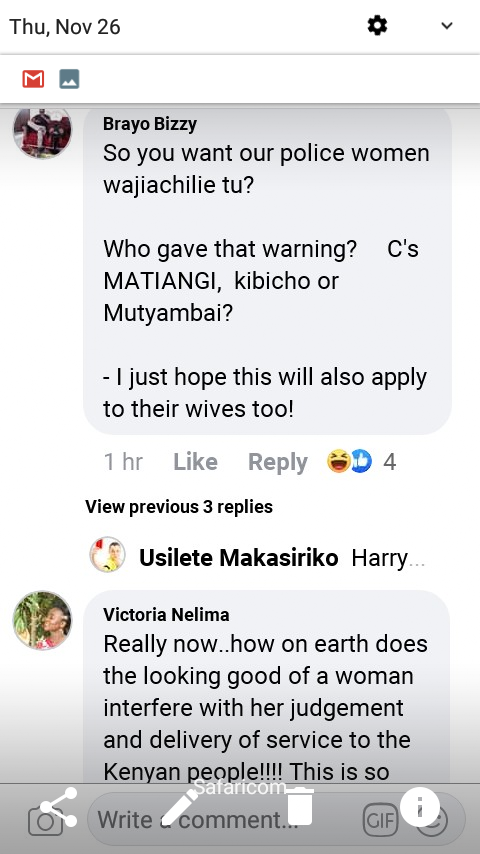 Content created and supplied by Isaac_Adungo.Opera News is a free to use platform and the views and opinions expressed herein are solely those of the author and do not represent, reflect or express the views of Opera News. Any/all written content and images displayed are provided by the blogger/author, appear herein as submitted by the blogger/author and are unedited by Opera News. Opera News does not consent to nor does it condone the posting of any content that violates the rights (including the copyrights) of any third party, nor content that may malign, inter alia, any religion, ethnic group, organization, gender, company, or individual. Opera News furthermore does not condone the use of our platform for the purposes encouraging/endorsing hate speech, violation of human rights and/or utterances of a defamatory nature. If the content contained herein violates any of your rights, including those of copyright, and/or violates any the above mentioned factors, you are requested to immediately notify us using via the following email address [email protected] and/or report the article using the available reporting functionality built into our Platform. Read more>>