Inside the El Adde Attack and how Around 147 KDF Soldiers Met their Cruel Death in Somalia. 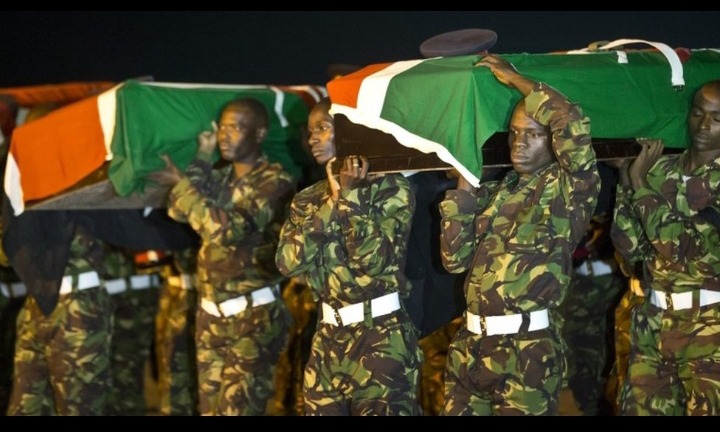 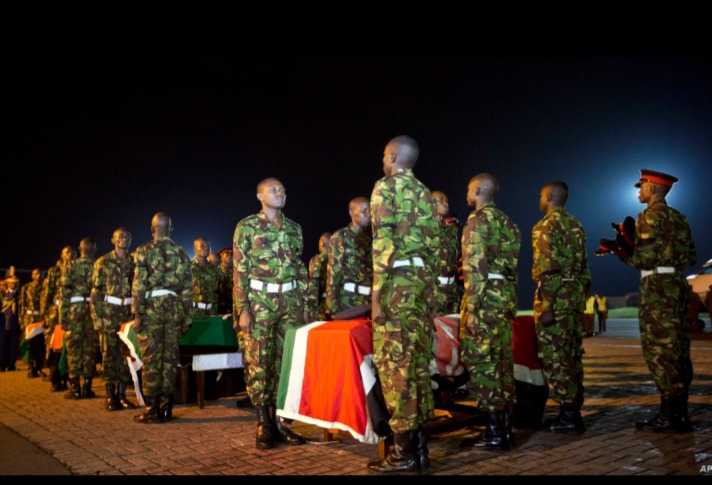 View pictures in App save up to 80% data. The El Adde attack took Kenyans by shock, death toll was not made public but it was in excess of 147 students killed in the militants' attack on Garissa.

As the country came to terms with the massacre, the government promised thorough investigations and a "painful lesson" to the militants. 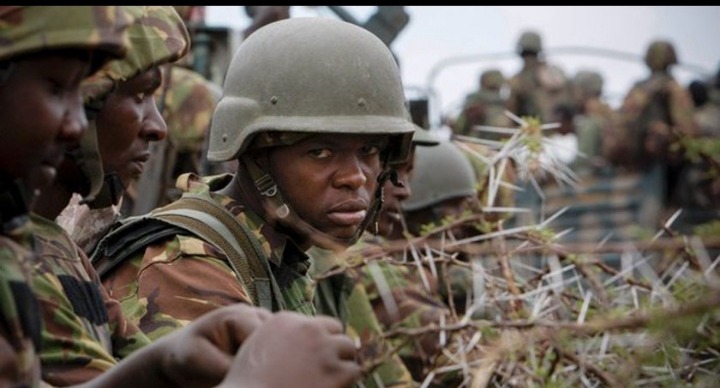 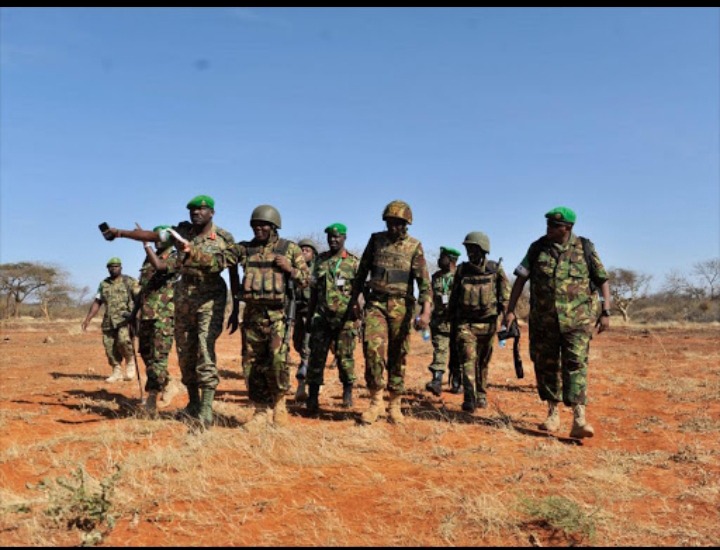 In The Soldiers Legacy, Lance Corporal Erick Lang'at, a survivor of the attack paints a grim picture of what happened.

Lang'at had just taken over sentry duties after a briefing by the outgoing sentry team.

The D Company and 9 KR had been deployed to the base 15 days before the attack.

"At around 5.15am on January 15, a vehicle’s headlights briefly flashed in the base’s direction and then turned off. Within no time, the engine ignited and the vehicle hurtled towards the operation base,” Lang’at writes

Lang'at reveales the unsuccessful effort to stop the fast-moving vehicle with the rocket-propelled grenade (RPG) fire. "The driver tried to avoid the trenches before hitting the tree in the middle of the base and detonating the bomb.

“After the explosion, everything went silent for about three minutes. In his wake, the blast had destroyed part of the operation base, leaving only one survivor in the immediate environs of the epicentre,” he writes.

"It is the kind of thing that I had only seen in movies. It changed from pitch black to a ball of fire that illuminated and blinded people within a radius of 200 metres and probably more.

He continues: “As if that was not enough, there were two follow-on blasts. When I came back to my senses, much of the operation base was in disarray. I saw a thick cloud of smoke and it was clear to me that several bunkers had collapsed. At that time I was bleeding in the right eyebrow.”

Although Lang'at lacked word to describe how the whole thing turned to be a great loss in the base, he said that all that it was just like the things he used to see in movies.

Content created and supplied by Nicheproduction.Opera News is a free to use platform and the views and opinions expressed herein are solely those of the author and do not represent, reflect or express the views of Opera News. Any/all written content and images displayed are provided by the blogger/author, appear herein as submitted by the blogger/author and are unedited by Opera News. Opera News does not consent to nor does it condone the posting of any content that violates the rights (including the copyrights) of any third party, nor content that may malign, inter alia, any religion, ethnic group, organization, gender, company, or individual. Opera News furthermore does not condone the use of our platform for the purposes encouraging/endorsing hate speech, violation of human rights and/or utterances of a defamatory nature. If the content contained herein violates any of your rights, including those of copyright, and/or violates any the above mentioned factors, you are requested to immediately notify us using via the following email address [email protected] and/or report the article using the available reporting functionality built into our Platform. Read more>>