I love my teacher so much and i think he used muti on me |Fiction. 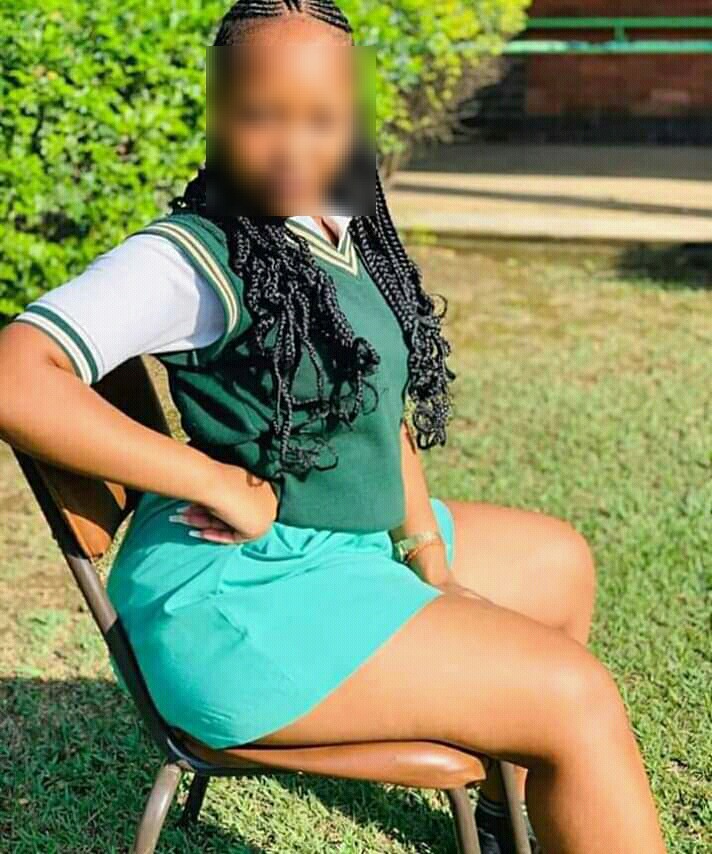 Thobile said that she hasn't been doing well at school and maths was the subject that was giving her problems because she didn't understand it.

She said that it was very hard for her until her old maths teacher was replaced by a new temporary one. The temporary teacher was young but he was not handsome so even though there were girls who had a crush on him, they were not many. The teacher explainedeverything thoroughly and he even helped students who didn't understand,by explaining further.

"He was very calm and sweet so in our first test with him, my maths marks moved from below 20% to 40%. He called me to his office and he talked to me about my marks, he told me i had to work harder and focus. I started working hard and i got better and better, then in the next test i got 65% and he congratulated me. I started thinking a lot about him and how he helped me, suddenly i was falling for him and i tried to hide it but my friends could see it." She said.

Thobile said she sent her friends to go and tell him how she feels about him as she was afraid to tell him. They went and told him but instead of giving them an answer she told them to call her so she can talk to her.

"I didn't go, i went home instead. I felt like he was going to reject me so i just didnt want to hear it from him so i just decided that i must just forget about it. The following day i went to the tap to drink water and he called me, when i got there je askedme if i loved him and i said yes. He told me that he loves me too but because he wants me to pass he cant date me because if he does i wont have time for books. He was trying to let me down gently but his words made me fall for him even more, i told him that it wont affect my studies".

She said that she was so in love with the teacher that she even thought the teacher used muti on him because his granny stays in the same village as her aunt and she is a Sangoma. She explained to him that she has never approached a guy before and she can't handle being rejected by him.

"The next test was a week away and he said he can give us a chance if i can get 70% or above for the test to show that dating him wont affect my studies. I studied and practiced very hard for the test and then i wrote it, then he gave us the scripts and i got 72%, i was so happy and then he took my number after school and later that day he called me and he told me that he loves me and i was the first girl he lay his eyes on when he first came here.

I love him so so much and i think he used muti on because if i was the first girl he lay his eyes on, surely he knew he had to get me so he used muti. I believe that the rejection was just him pretending like he didn't do anything. I love him and im afraid that even if i were to find that he used muti on me, i wouldn't even care" she said.

Thobile said she is now pregnant with the teacher 's baby and she only found out two days before we spoke to her. Her parents have accepted him and they say he is a nice person and they will treat him well as long as he treats their daughter well.

Content created and supplied by McGafane.Opera News is a free to use platform and the views and opinions expressed herein are solely those of the author and do not represent, reflect or express the views of Opera News. Any/all written content and images displayed are provided by the blogger/author, appear herein as submitted by the blogger/author and are unedited by Opera News. Opera News does not consent to nor does it condone the posting of any content that violates the rights (including the copyrights) of any third party, nor content that may malign, inter alia, any religion, ethnic group, organization, gender, company, or individual. Opera News furthermore does not condone the use of our platform for the purposes encouraging/endorsing hate speech, violation of human rights and/or utterances of a defamatory nature. If the content contained herein violates any of your rights, including those of copyright, and/or violates any the above mentioned factors, you are requested to immediately notify us using via the following email address [email protected] and/or report the article using the available reporting functionality built into our Platform. Read more>>