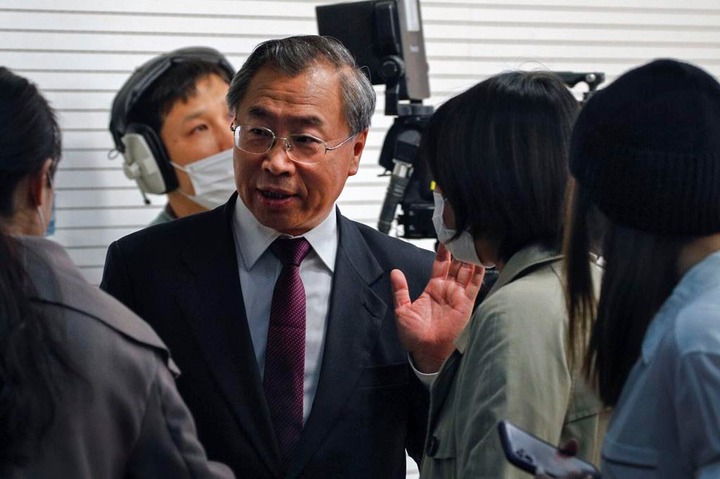 After the world's historical pandemic, COVID-19 was first reported in Wuhan in late 2019, it soon spread to other parts of the world and currently, more than 1.1 million people have died from the disease. More than 40 million cases have too been recorded as per the data in John Hopkins University website.

With the closing down of schools, businesses and restricting movements to minimize interpersonal spread of the disease, it is no longer secret that economies of many world's countries have gone down owing to COVID-19.

However, it may sound like good news to the world especially to the developing countries from Chinese state owned drugs manufucturer.

Speaking to the news conference as reported by Associated Press, SinoPharm group's chairman informed that their trial drugs were in theie final stages before being approved for use.

According to Liu Jingzhen, the group's chairman, two candidate drugs potential of being approved have now been tested in 50,000 people in 10 countries. About results, the chairman reported that trial tests results were promising.

Mr Jingzhen said at the moment, the company is setting up two production lines both in Wuhan and Beijing which will produce upto 1 billion drugs by next year January. 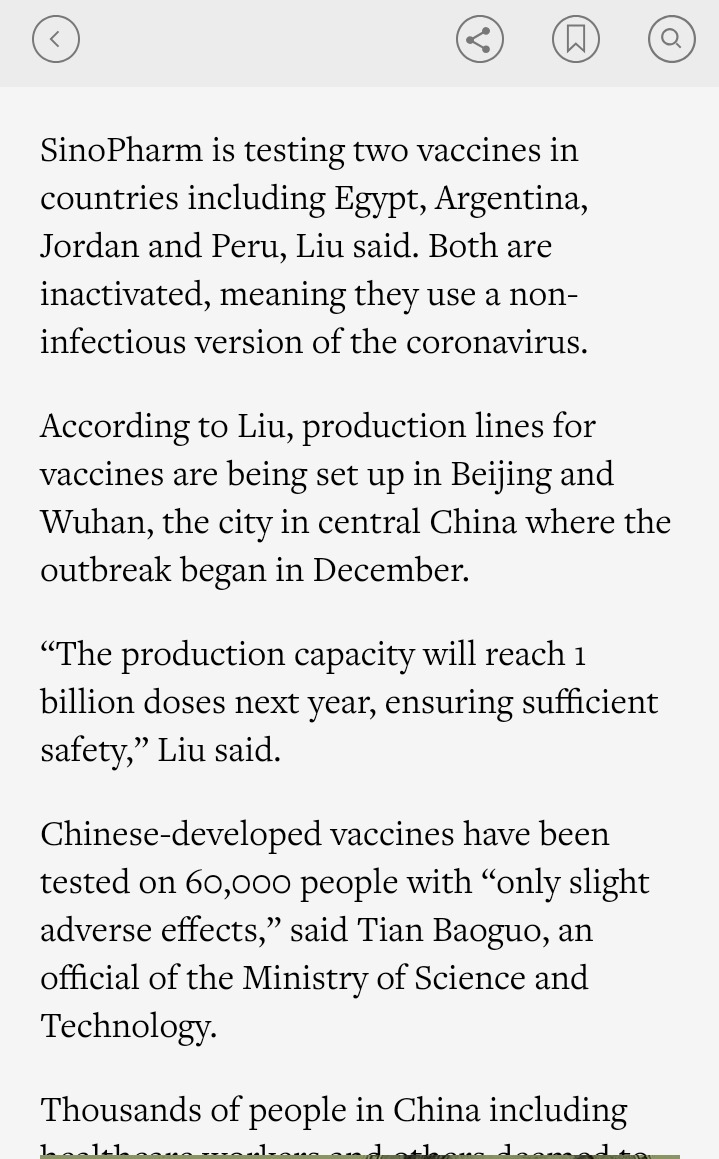 SinoPharm is one of the companies racing to find possible coronavirus vaccines. Other companies outside China are Astrazeneca and Mordena.

Content created and supplied by News_Central.Opera News is a free to use platform and the views and opinions expressed herein are solely those of the author and do not represent, reflect or express the views of Opera News. Any/all written content and images displayed are provided by the blogger/author, appear herein as submitted by the blogger/author and are unedited by Opera News. Opera News does not consent to nor does it condone the posting of any content that violates the rights (including the copyrights) of any third party, nor content that may malign, inter alia, any religion, ethnic group, organization, gender, company, or individual. Opera News furthermore does not condone the use of our platform for the purposes encouraging/endorsing hate speech, violation of human rights and/or utterances of a defamatory nature. If the content contained herein violates any of your rights, including those of copyright, and/or violates any the above mentioned factors, you are requested to immediately notify us using via the following email address [email protected] and/or report the article using the available reporting functionality built into our Platform. Read more>>