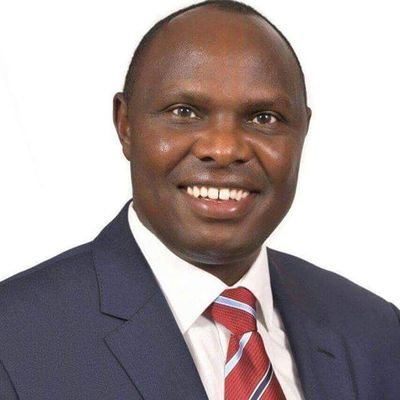 The former cabinet secretary for Agriculture and Livestock Felix Korir was first to step aside following president Uhuru's order that government officials mentioned in EACC list of corrupt individuals step aside from office. This move was to create way and humble time for more investigations.

He continued to receive salary until November 2015 when his contact was terminated permanently. He was grilled by EACC for giving permits to sugar importers without strictly following government protocols.

He was also accused of planting potatoes in a government farm without permit as a private investment. These are just some of the Allegations launched against him.

Felix is a now a senior member at the Judicial at the Judicial service commission. He was cleared by Parliament despite having pending corruption allegations. Korir has since denied being grilled by EACC.

Korir is not the only one still in government jobs after being suspended from Cabinet. President Kenyatta should think about walking his talk on corruption cases.

Content created and supplied by BEATKING.Opera News is a free to use platform and the views and opinions expressed herein are solely those of the author and do not represent, reflect or express the views of Opera News. Any/all written content and images displayed are provided by the blogger/author, appear herein as submitted by the blogger/author and are unedited by Opera News. Opera News does not consent to nor does it condone the posting of any content that violates the rights (including the copyrights) of any third party, nor content that may malign, inter alia, any religion, ethnic group, organization, gender, company, or individual. Opera News furthermore does not condone the use of our platform for the purposes encouraging/endorsing hate speech, violation of human rights and/or utterances of a defamatory nature. If the content contained herein violates any of your rights, including those of copyright, and/or violates any the above mentioned factors, you are requested to immediately notify us using via the following email address [email protected] and/or report the article using the available reporting functionality built into our Platform. Read more>>