Do you use Solar power at home? Experts' advise 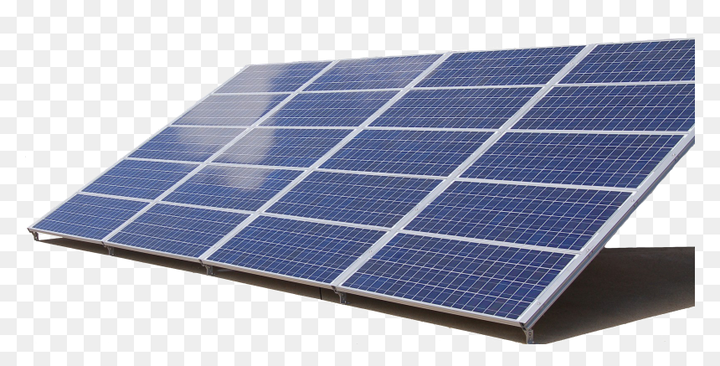 View pictures in App save up to 80% data. Solar energy is free. With solar panels that convert light radiations from the sun to electricity, it becomes another way to tap and use clean energy.

Many people who own solar systems in their homes can testify that the following problems are common:-

1. The power goes off within an hour or so of lighting.

2. Inverters are a headache. They get damaged very fast in case of a minor electrical fault

3. A technician is always called to do repairs that never help.

4. The bulbs or the light is too dim that you strain your eyes to see.

6. Some electrical appliances can not work with solar energy

1. Going off without notice

This is due to

a) insufficient electrical energy that reaches the batteries either due to low watt panels or poor wiring. Here the technician should do the joints professionally. Never use crocodile clips to hold the battery terminals. Use bolts and screws. Check the solar connections if they are firm.

b) Replace the battery if it is down. If your battery is not maintainance free, be checking the electrolite levels all the time.

c) Do proper math to ensure the Solar output matches with the capacity of the battery versus your usage.

Major causes of problems with inverters arise from:-

a) poor choice of inverter. There are three types of inverters according to the type of wave they produce. Were you to connect its output to a cathode ray oscilloscope, you could observe these wave forms. 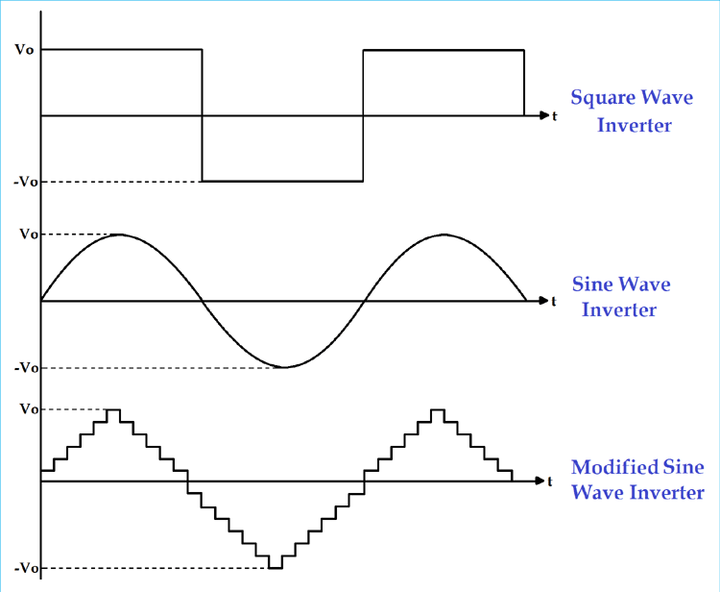 1. Smooth Sine wave. These kind of inverters can be used to power a computer.

Use only the type 1 above to run computers and other complicated electronics. Other types may crash your computer while any inverter can do in powering woofers and phone chargers.

b) power you want versus power the solar equipment and the inverter can give you. If you want to power electric cooker, hot shower and water heaters, we are talking of an inverter that can give at least 7000 watts. And I am yet to see one. Add the power system. You will need about 20 panels each producing about 150W. Battery, you will need about 18 pieces each of 200ah. But if you want an inverter to charge your mobile phones and power the LED TV, a 300W inverter will do.

c) protection to the inverter

In case a large current is drawn either due to too much load or a fault in the wiring or a faulty appliance, the inverter is supposed to switch itself off. But this function is available on expensive inverters only. The small inverters will blow up without notice. To avoid this, try to estimate the size of the fuse that you can install on the output part of the inverter. For example, if an inverter's output is 300W ac, 230V, the rating of a fuse that can protect it can be calculated using equation power = voltage times current. That is 300=230 X current. Current =1.304A. Round off downwards. That is a fuse of 1.00A will protect your inverter. These fuses cost ten shillings only. In case of a problem, it is the fuse that will blow up.

I think it is in electricity sector that we have the majority of conmen. From guys pretending that they can build a power line for you to inside of your house, these people are thieves. A technician will do everything in his power to be coming to your house. If there are a myriad of problems with your electricals, either the guy does not know what he is doing or he is a con. Try another technician.

4. Bulbs can be dim because of a spent out battery. That is a battery whose cells may be damaged. For a solar bulb to look bright, the battery voltage should be reaching 12V. In case one of the cells is bad, its voltage will be 10 V when fully changed. It is time to replace your battery. It will not run an inverter too since inverters switch themselves off at about 10.5 v

Bulbs can be dim because of their quality. Cheap bulbs, those that retail at 100 shillings are poor. Buy quality bulbs.

5. Consult and higher a technician who will do that wiring which will accommodate DC lighting, ac in sockets, a power generator in case the batteries are too low and mains electricity once it comes.

6. Get enough information about the apparatus that will work with your power once it is installed. A refrigerator labeled that it requires 70w to run will never power up with a 1000w inverter. Appliances with coils, also called inductive loads require damn high power to start up. But once it is on, the power needed to run comes down.

Have any query with electricity in your house? Drop a comment here below and I'll answer you

Content created and supplied by Teachermutegi.Opera News is a free to use platform and the views and opinions expressed herein are solely those of the author and do not represent, reflect or express the views of Opera News. Any/all written content and images displayed are provided by the blogger/author, appear herein as submitted by the blogger/author and are unedited by Opera News. Opera News does not consent to nor does it condone the posting of any content that violates the rights (including the copyrights) of any third party, nor content that may malign, inter alia, any religion, ethnic group, organization, gender, company, or individual. Opera News furthermore does not condone the use of our platform for the purposes encouraging/endorsing hate speech, violation of human rights and/or utterances of a defamatory nature. If the content contained herein violates any of your rights, including those of copyright, and/or violates any the above mentioned factors, you are requested to immediately notify us using via the following email address [email protected] and/or report the article using the available reporting functionality built into our Platform. Read more>>