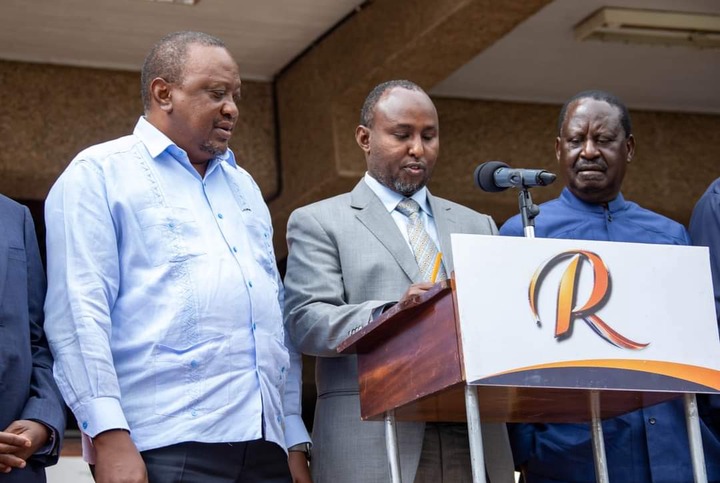 President Uhuru Kenyatta and ODM leader Raila Odinga have crafted an unlikely political partnership that has taken the country by storm with the two now leading the charge against deputy president William Ruto's Kenya Kwanza alliance that also has Mudavadi and Wetang'ula.

President Uhuru Kenyatta and his Mt Kenya backyard are said to be angling towards producing a running mate for the Azimio la umoja One Kenya coalition party now that the region is not anticipated to produce a presidential candidate.

And now, political analyst Martin Andayi has come out to claim that president Uhuru Kenyatta has a preferred running mate for Raila Odinga amid spirited fights by Martha Karua, Peter Munya, Peter Kenneth and two other Mt Kenya governors interested in the position. 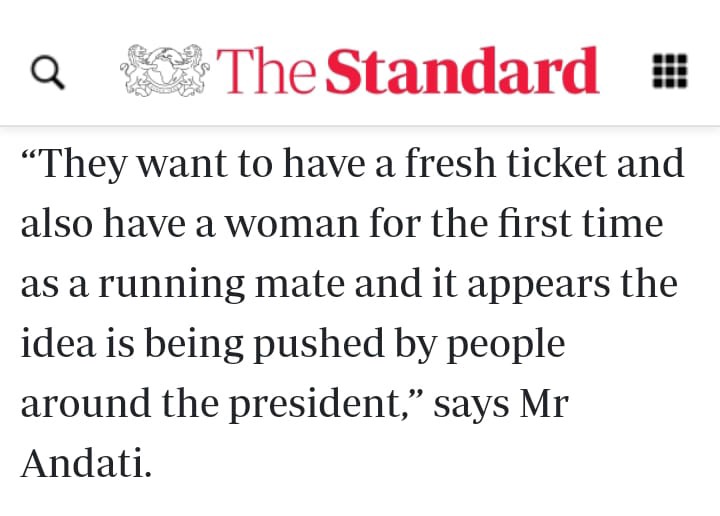 "They want to have a fresh ticket and also have a woman for the first time as a running mate and it appears the idea is being pushed by people around the president," he said.