Details about Pauline Musyoka, Wife To Wiper Leader Kalonzo Musyoka And Her Fight With Sickness 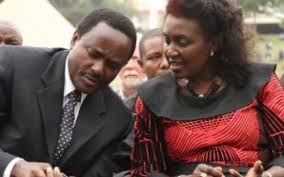 View pictures in App save up to 80% data. Pauline Musyoka is wife to Wiper leader Kalonzo Musyoka. She is one hardworking woman always focused to achieve the best not just for but as well her children.

Pauline and Kalonzo Musyoka have together been blessed with four children who are their everything. The family has always focused their energies to ensure their children attain not just academic excellence but as well jobs.

Pauline children are as well academic giants in their own rights and as well talented. Klein is a musician by profession while her daughter Damarie Musenya works with the central bank (CBK) as we an activist for human rights while her other son Kennedy Musyoka is an EALA member of Parliament after he was appointed by Wiper Party. The other one remains remains just a private personality. 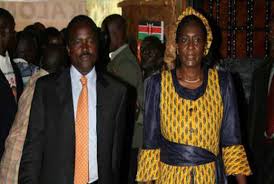 Pauline Musyoka was later in 2017 diagnosed with an undisclosed sickness that really affected her family. It led to Kalonzo Musyoka spending a considerable amount of time abroad just looking for the health of his wife. Details about her health have however remained off public limelight.

Pauline who works as well with the central bank of Kenya keeps matters her life private owing she is a private person, although she can be said to be the force behind the success of her husband she doesn't mostly appear in the public.

For us however is to only wish Pauline all the best as well quick recovery so that she can live long years to see her great grandchildren. She hopefully will recover and resume her duties though it's not yet disclosed if she has already recovered or not with it being being a closely guarded secret.