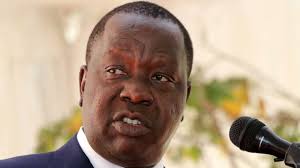 View pictures in App save up to 80% data. Fred Matiangi brother John Matiangi is a board member Public Service Superannuation Fund Board of Trustees starting January 2021 after he was appointed August this year. By treasury CS Ukur Yatani. He is as well one hardworking gentleman passionate about matters education.

John Matiangi is also the KNUT treasurer a position he has served for years. He is one person truly passionate about matters education and has always strived to have teachers rights respected and upheld. 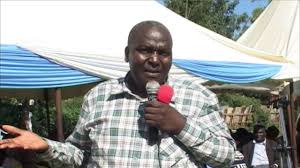 Matiangi is on record affirming that his wife is a private person who should never be involved in matters public drama. He once disclosed how his wife was terrified after fake news spread that he was admitted at ICU in issues related to Covid-19 which was not true.

Matiangi was categorical that bloggers should not spread fake news as they affect very many innocent people, his wife included. Details about Matiangi's wife have remained scanty and off public limelight to date despite her husband being one of the most powerful cabinet secretaries owing to his closeness to president Uhuru Kenyatta.

It's obvious Matiangi for now must keep matters his family private owing he is handling a sensitive security docket. It's advisable to keep them private to avoid social media bullies as well fake news being spread about them.