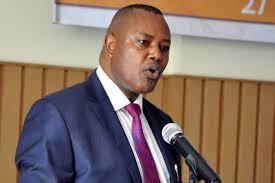 Directorate of Criminal Investigations (DCI) has broken its silence after Nairobi based killer cops gunned down thugs in Kariobangi, Nairobi County.

The killer cops popularly known as Hessy wa Dondara together the team on Thursday gunned down thugs who have been terrorizing Nairobians.

The thugs had earlier been warned after they were captioned in a movie shop robbing Kenyans at gunpoint.

Thursday was the end of the road when the killer cops pounced on them, gunning three of them down while one managing to escape.

While breaking the silence over the incidence, DCI has confirmed that the Blackest Widow, Hessy wa Dandora and the team who conducted the operations are indeed DCI detectives. 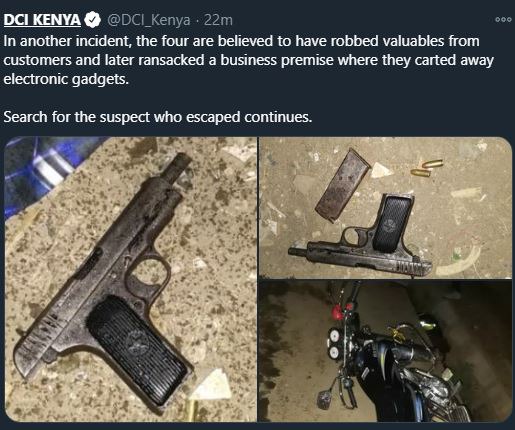 DCI has also confirmed that two firearms and several rounds of ammunition were recovered, as well as spent cartridges.

"Three robbery with violence suspects were last night fatally injured by a team of detectives at Kwa Mbao area in Kariobangi.

"Two pistols, rounds of ammunition, spent cartridges, and an unregistered motorcycle were recovered after a shoot out that saw one suspect escape," DCI tweeted.

Hessy wa Dandora and the team are controversial killer cops who are rarely arresting suspects. They are best known for issuing warnings to suspects, and only shooting to eliminate those that fail to change and ditch crime. 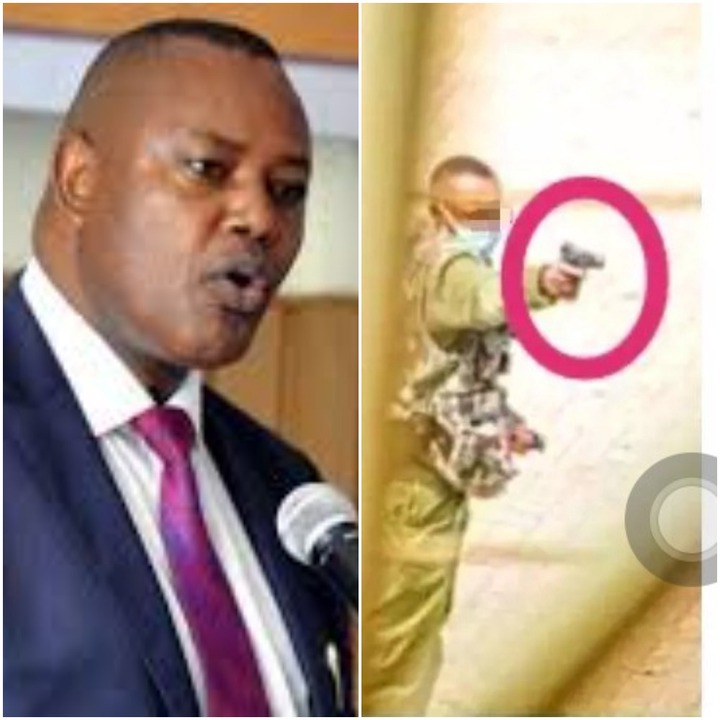 They also share suspect's photos and video on social media when warning them, and their dead bodies after neutralizing them.

According to their post on Facebook, the thug fled Nairobi when his face was captured on CCTV. However, he only spent a few days in his home village in Siaya and returned to the capital.