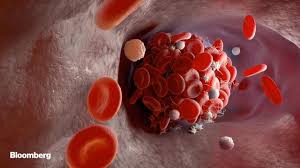 View pictures in App save up to 80% data. Since the corona virus pandemic struck the world, things have never been the same again. Many sectors of the economy were closed down as many country tried hard to contain the deadly disease. As a result of that, many people did lose their jobs thus raising the rate of unemployment in many countries. That was though not the biggest problem.

The biggest problem was when one finds him/ her self positive of the covid-19. At first, it was bad because people would have run away from you because they associated the disease with death, but after many people getting treated and healing, at least that fear factor has reduced among the people as those who contract and survive from the disease feel happy and celebrates.

Those celebrations may now be cut short after the Standard Digital reporting that many Covid-19 survivors are likely to be at greater risk of developing mental illness. The media house went on to confirm that the news were given by senior psychiatrist. 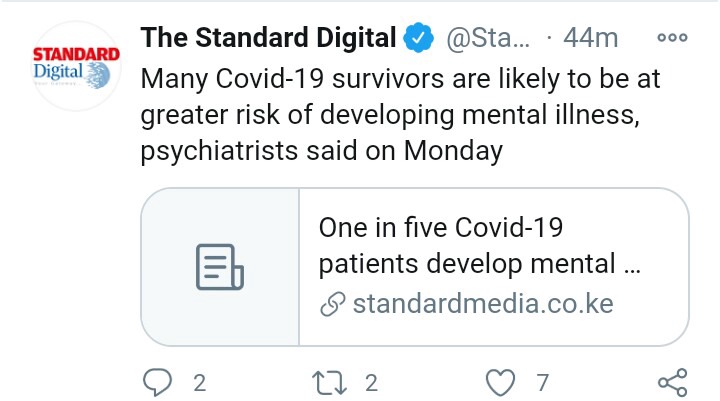 Content created and supplied by bashkabasata.Opera News is a free to use platform and the views and opinions expressed herein are solely those of the author and do not represent, reflect or express the views of Opera News. Any/all written content and images displayed are provided by the blogger/author, appear herein as submitted by the blogger/author and are unedited by Opera News. Opera News does not consent to nor does it condone the posting of any content that violates the rights (including the copyrights) of any third party, nor content that may malign, inter alia, any religion, ethnic group, organization, gender, company, or individual. Opera News furthermore does not condone the use of our platform for the purposes encouraging/endorsing hate speech, violation of human rights and/or utterances of a defamatory nature. If the content contained herein violates any of your rights, including those of copyright, and/or violates any the above mentioned factors, you are requested to immediately notify us using via the following email address [email protected] and/or report the article using the available reporting functionality built into our Platform. Read more>>