Confusion In America As Donald Trump Changes Tune On Biden's Win, Demands This To Be Done 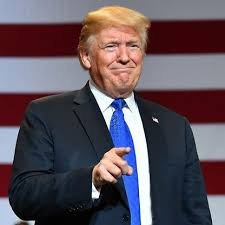 View pictures in App save up to 80% data. According to reports by ABC news. President Donald Trump has personally called Republican lawmakers from Pennsylvania alleging that he was cheated and election results should be turned. This is coming just a few days ago when he allowed Biden's team to proceed with transition process with the help of his team.

Americans felt relieved by the reports, but it seems like the drama will take a little bit longer as it was expected. Biden and his team have been on record claiming that they're continuing with the transition process and he went ahead to name his cabinet despite Trump not officially conceding defeat. But with Trump new allegations and demands. It might take another duration to get to final decision in American, since the court's will be involved again.

"Pres. Trump phoned into a meeting of Pennsylvania Republican lawmakers to say he believes he was "cheated" out of a victory in the 2020 election and the outcome should be turned over." Reported ABC news. 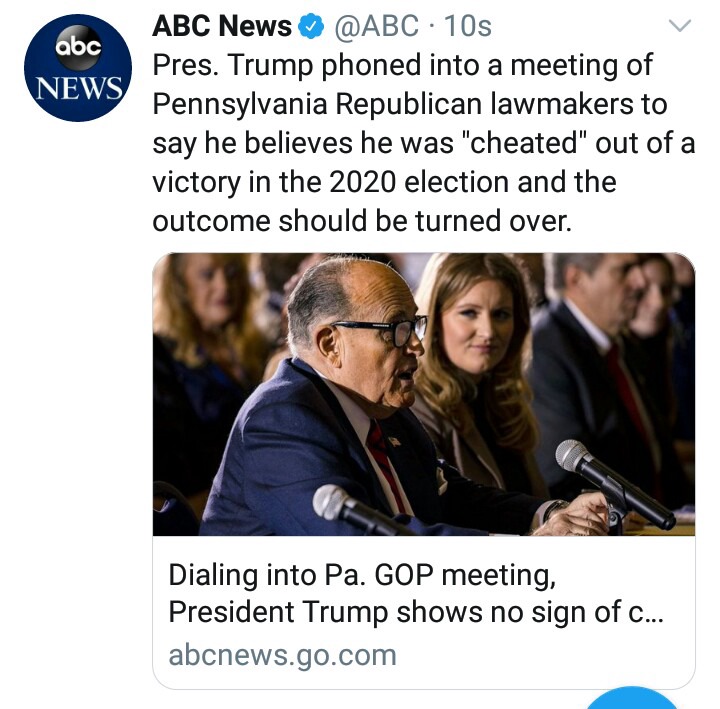 Here are some reactions.

"I don't know who invented (golf), they say golf is like a game of stock exchange and economics in the hole, a day on the top and a day at the bottom, like a game of life and death." Posted Ken.

"More unhinged nonsense from Rudy. They screeched about election fraud on TV, but can prove exactly nothing in a courtroom. Trump lost. His inability to accept that reality doesn't, in fact, alter that reality." Posted Max.

"Biden will not be the 46th president. Mike Pence will be. Biden will be 47th. Trump needs pardon. Risky to try & pardon self. Will resign, accept pardon from Pence and say he did it to stop Dem harassment so he can focus on MAGA. Pardon can be for as yet uncharged accusations." Posted James. 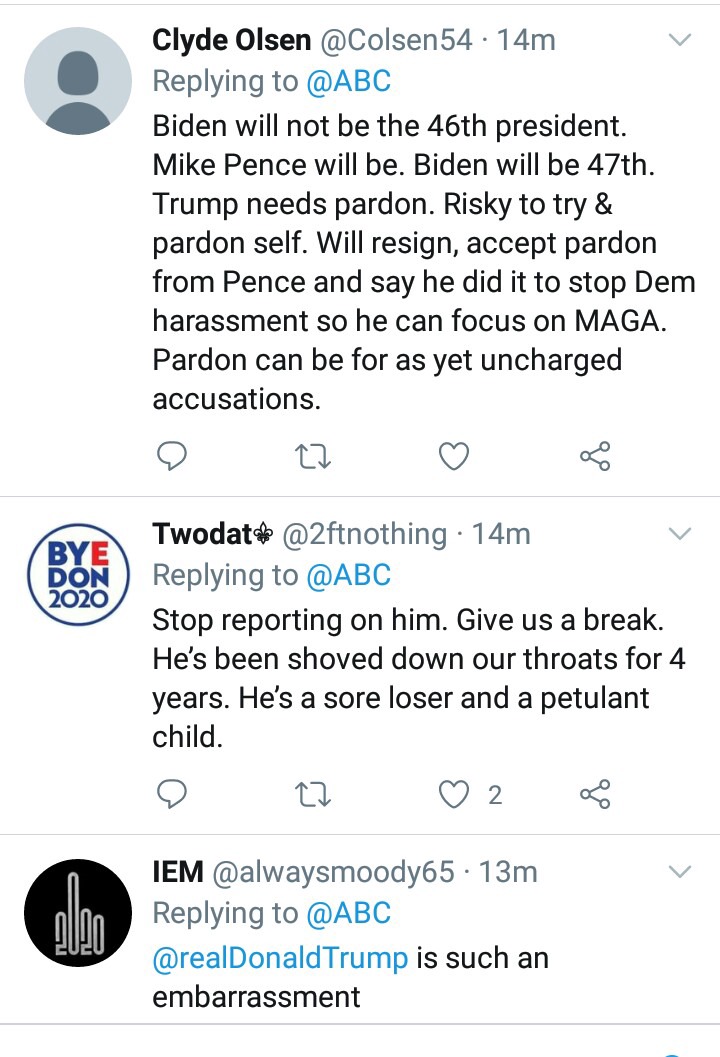 Content created and supplied by Steshachichi.Opera News is a free to use platform and the views and opinions expressed herein are solely those of the author and do not represent, reflect or express the views of Opera News. Any/all written content and images displayed are provided by the blogger/author, appear herein as submitted by the blogger/author and are unedited by Opera News. Opera News does not consent to nor does it condone the posting of any content that violates the rights (including the copyrights) of any third party, nor content that may malign, inter alia, any religion, ethnic group, organization, gender, company, or individual. Opera News furthermore does not condone the use of our platform for the purposes encouraging/endorsing hate speech, violation of human rights and/or utterances of a defamatory nature. If the content contained herein violates any of your rights, including those of copyright, and/or violates any the above mentioned factors, you are requested to immediately notify us using via the following email address [email protected] and/or report the article using the available reporting functionality built into our Platform. Read more>>