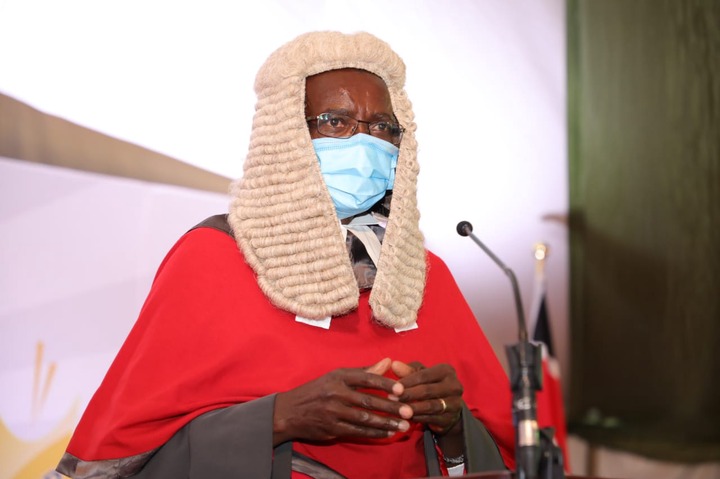 View pictures in App save up to 80% data. Chief Justice David Maraga has opened the lid on his working relationship and with two of his closest colleagues as he heads for retirement.

The CJ, while issuing his farewell speech on Friday, joked that his deputy Philomena Mwilu and Chief Registrar Anne Amadi have been making his life hard at the judiciary by being too tough on him.

He joked about how they have been ordering him around and ensuring that he is always at work at the right time, joking that they "have been giving him hell".

He recalled how Amadi has even been calling him back to work after he has left for home, as he thanked the two for helping him deliver to Kenyans in the position he is now leaving.

He stated that they have as well been very supportive and have always been there for him whenever he needs their help, including late at night. 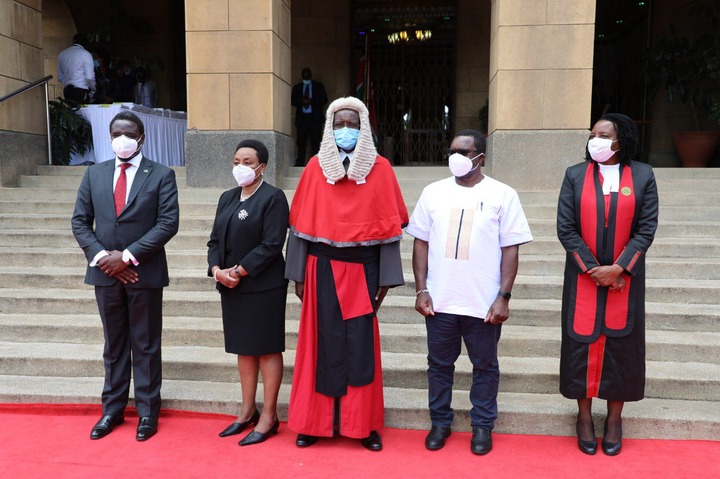 View pictures in App save up to 80% data. “These women give me hell, but it is well… I want to thank them, these ladies pick my calls even late at night. Yesterday, I had gone home and she (Amadi) ordered me to come back for some work and I came back,” he is quoted by the Standard.

He also revisited the bad blood between him and President Uhuru Kenyatta, which began after his nullification of Uhuru's 2017 reelection, assuring the president that he has nothing against him.

The CJ further thanked Kenyans for their support throughout his tenure, saying that he enjoyed every bit of his stay in the position.

He added that though he has left without achieving every goal he had set, he leaves the post a happy man.

“It was my singular honour and privilege to be of service to you as your Chief Justice. If in any way, I annoyed you or did not live up to your expectations, please understand that I am human and forgive me. Though I did not achieve what I planned to do, I retire a very happy man,” he added.

Content created and supplied by Curtis-Otieno.Opera News is a free to use platform and the views and opinions expressed herein are solely those of the author and do not represent, reflect or express the views of Opera News. Any/all written content and images displayed are provided by the blogger/author, appear herein as submitted by the blogger/author and are unedited by Opera News. Opera News does not consent to nor does it condone the posting of any content that violates the rights (including the copyrights) of any third party, nor content that may malign, inter alia, any religion, ethnic group, organization, gender, company, or individual. Opera News furthermore does not condone the use of our platform for the purposes encouraging/endorsing hate speech, violation of human rights and/or utterances of a defamatory nature. If the content contained herein violates any of your rights, including those of copyright, and/or violates any the above mentioned factors, you are requested to immediately notify us using via the following email address [email protected] and/or report the article using the available reporting functionality built into our Platform. Read more>>