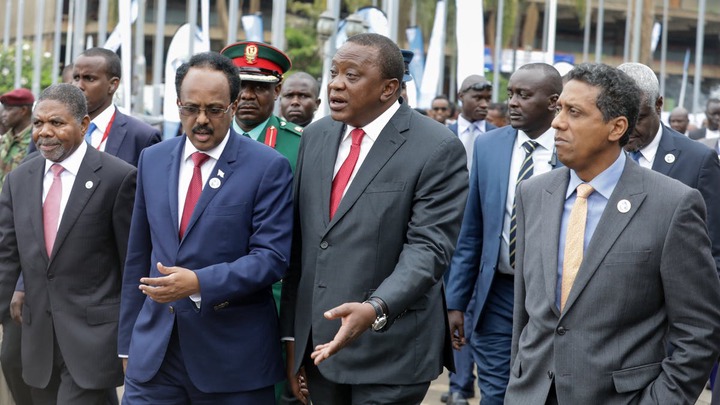 Reports from Somalia are saying the Kenya Ambassador to the Federal Republic of Somalia, Ambassador Lt. General (Rtd) Lucas Tumbo has been ordered to leave as soon as possible.

According to sources, Somalia is blaming Kenya for interfering with its electoral process ahead of their general elections.

Radio Dalsan, one of the leading radio stations in Somalia reported on Sunday evening that Somalia government came to that decision after learning that Kenya was interfering with its upcoming elections. 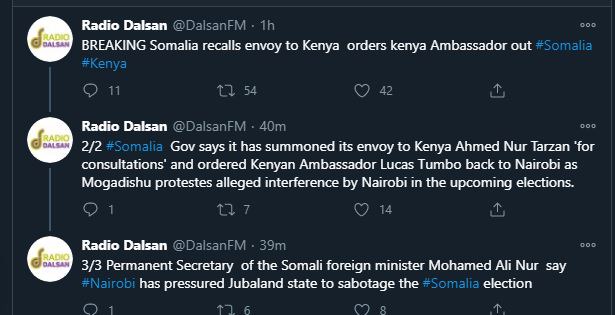 "Somalia Gov says it has summoned its envoy to Kenya Ahmed Nur Tarzan 'for consultations' and ordered Kenyan Ambassador Lucas Tumbo back to Nairobi as Mogadishu protests alleged interference by Nairobi in the upcoming elections," read a tweet by the radio station.

According to the radio station, Permanent Secretary of the Somali Foreign Minister Mohamed Ali Nur said that Kenya has pressured Jubaland State to sabotage the Somalia election. 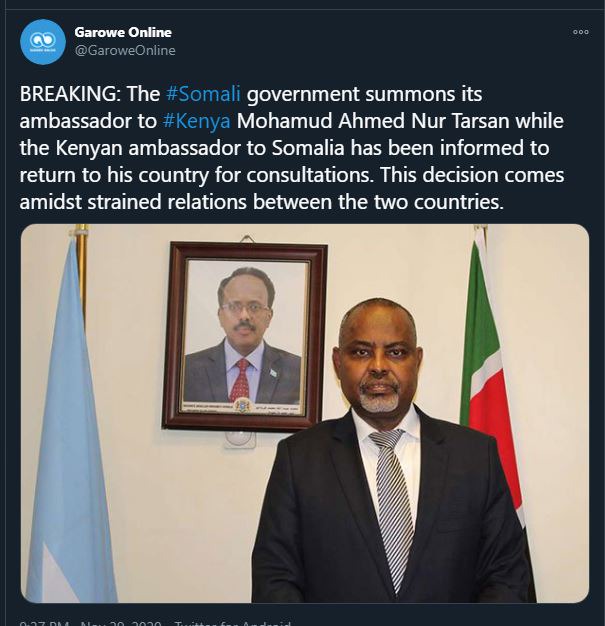 Another media house in Somalia, Garowe Online, has also reported the same news.

This is the second time Somalia and Kenya are falling out in just months. The last time the two countries differed was when they were fighting over oil and gas blocks in the Indian Ocean.

Both Kenya and Somalia were claiming the regions. 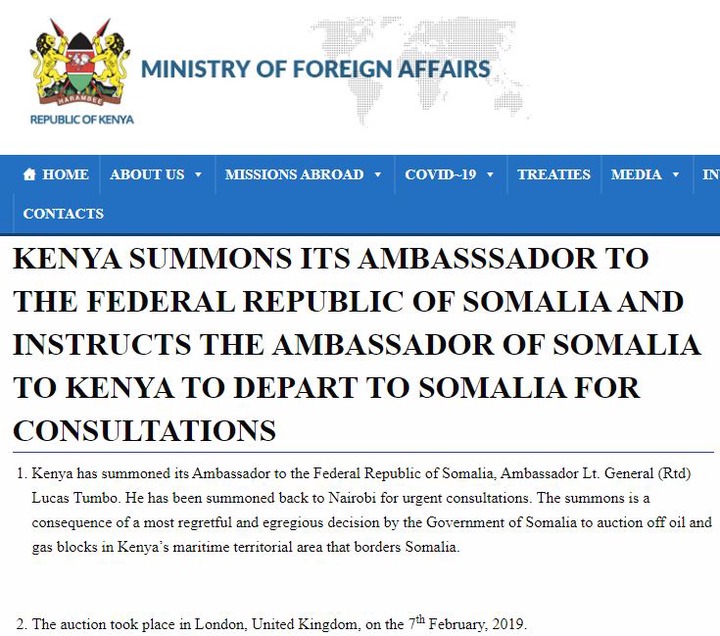