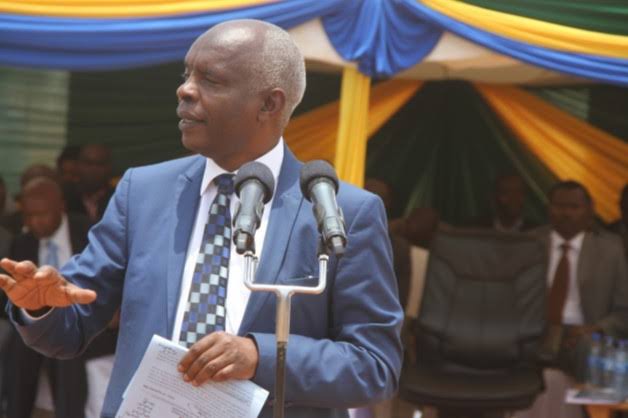 View pictures in App save up to 80% data. The Building Bridges Initiative report has been under strong critics from different political leaders who do not support the new proposals in the BBI report.

Today the Makueni governor Kivutha Kibwana has revealed his acceptance to lead the country for the No campaign if Kenyans having the same opinion regarding the BBI report give the mandate.

According to him, the Governor reveals his willingness to lead people of Kenya to defend the 2010 constitution. He added that the people of Kenya with him are in the front line to condemn a few politicians who are trying to rig the constitution through the BBI report so that they can rig the 2022 election. He added that imposing an imperial president will kill the devolution in the country. 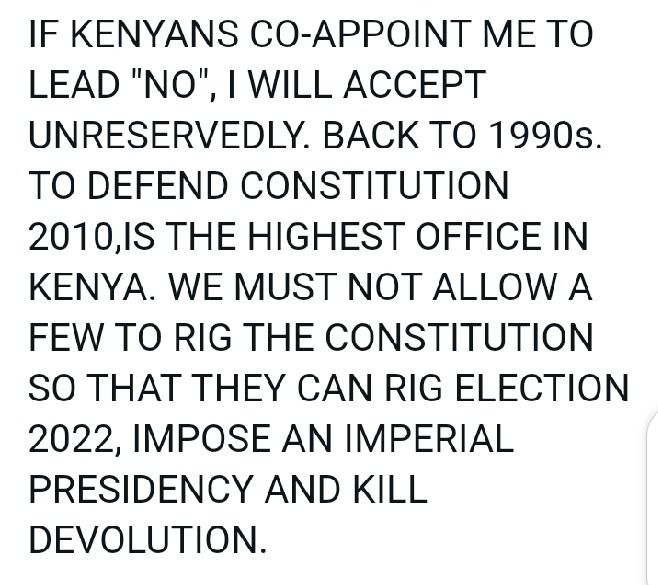 View pictures in App save up to 80% data. Yesterday,the NARC party leader Martha Karua launched the Linda Katiba Movement which was also against the use of BBI report to amend the 2010 constitution. 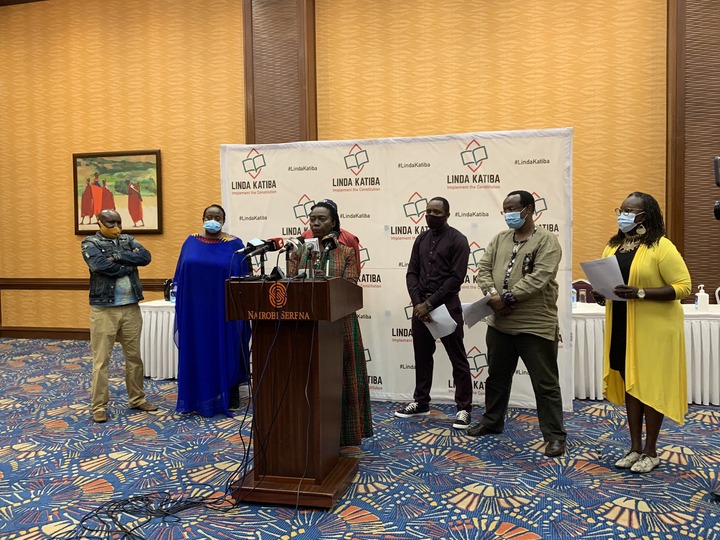 View pictures in App save up to 80% data. According to her,the new proposals on the BBI report will greatly undermine the current constitution of Kenya and the independency of Judiciary.

The two prominent politicians are expected to lead the country for the No campaign despite the ongoing collection of signatures in the country.

Some of the Tanga Tanga political leaders are expected to join the No campaign.

Content created and supplied by KenyaBklive.Opera News is a free to use platform and the views and opinions expressed herein are solely those of the author and do not represent, reflect or express the views of Opera News. Any/all written content and images displayed are provided by the blogger/author, appear herein as submitted by the blogger/author and are unedited by Opera News. Opera News does not consent to nor does it condone the posting of any content that violates the rights (including the copyrights) of any third party, nor content that may malign, inter alia, any religion, ethnic group, organization, gender, company, or individual. Opera News furthermore does not condone the use of our platform for the purposes encouraging/endorsing hate speech, violation of human rights and/or utterances of a defamatory nature. If the content contained herein violates any of your rights, including those of copyright, and/or violates any the above mentioned factors, you are requested to immediately notify us using via the following email address [email protected] and/or report the article using the available reporting functionality built into our Platform. Read more>>