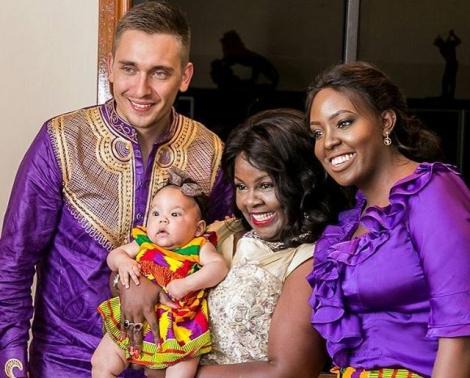 Vanessa Kiuna, daughter to renown and celebrated Bishop Kiuna and Reverend Kathy Kiuna has risen through the heights of success, placing her name in an hitherto of untouched heights in the competitive education sphere.

Speaking on Woman without limits, Vansessa brought to the public limelight her admirable though challenging journey to success in the economic and education realms.

She articulated that she once worked in Modo Mio, an eminent bar located in the heart of Australia between September 2013 and December 2015 as a waitress.

After passing with flying colors in her form 4 knec exams, Vanessa was enrolled in the iconic Murdoch University to take a Diploma in Law.

Vanessa Kiuna was admitted to bar at the renown Supreme Court of Western Australia on November 15, 2015 after her graduation.

She later returned to school in 2016 to pursue a masters degree in Law. She graduated in 2018, after which she was employed as a legislation officer for the department of Local Government, Sport and Cultural Industries in Western Australia.

Vanessa is married to Roman Kovac and have been blessed with one child.

Content created and supplied by Timelynews.com.Opera News is a free to use platform and the views and opinions expressed herein are solely those of the author and do not represent, reflect or express the views of Opera News. Any/all written content and images displayed are provided by the blogger/author, appear herein as submitted by the blogger/author and are unedited by Opera News. Opera News does not consent to nor does it condone the posting of any content that violates the rights (including the copyrights) of any third party, nor content that may malign, inter alia, any religion, ethnic group, organization, gender, company, or individual. Opera News furthermore does not condone the use of our platform for the purposes encouraging/endorsing hate speech, violation of human rights and/or utterances of a defamatory nature. If the content contained herein violates any of your rights, including those of copyright, and/or violates any the above mentioned factors, you are requested to immediately notify us using via the following email address [email protected] and/or report the article using the available reporting functionality built into our Platform. Read more>>