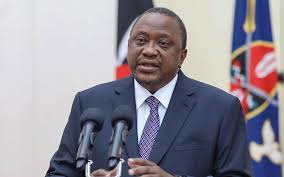 View pictures in App save up to 80% data. Uhuru Kenyatta.

President Uhuru Kenyatta and his Deputy William Ruto have been ruling the nation in a strange way. They have not been speaking one language since the 2018 handshake. The problem is not all about speaking one language or doing familiar activities, the problem is that they have been hitting out at each other to a point of even creating enemity in the Jubilee party and the nation at large.

When the BBI was officially kick started in 2018, Deputy President William Ruto was fully involved but after two years when the document was ready and launched, it is the same Ruto and his minions who have been demanding for amendments. 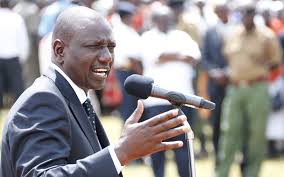 View pictures in App save up to 80% data. William Ruto.

Just recently, DP Ruto's allies came out alleging that Uhuru had met Ruto and the BBI signatures collection would be stopped for consensus to be done before the referendum but today, things turned on their heads as President Uhuru Kenyatta dropped a bombshell on Ruto's camp.

According to President Uhuru Kenyatta as reported by Citizen TV, there was a two years timeframe for all the people to give out their views, millions of people came out and gave their views which were fully incorporated. That means that those few like DP Ruto, Martha Karua, Kivutha Kibwana and the rest will suffer a blow as their views will have to wait until the next time.

"BBI was a vehicle for us to have a national conversation, it lasted two years. The BBI Taskforce and Steering Committee listened to thousands of Kenyans from all walks of life in all 47 counties. All issues have been incorporated…" Said President Uhuru Kenyatta. 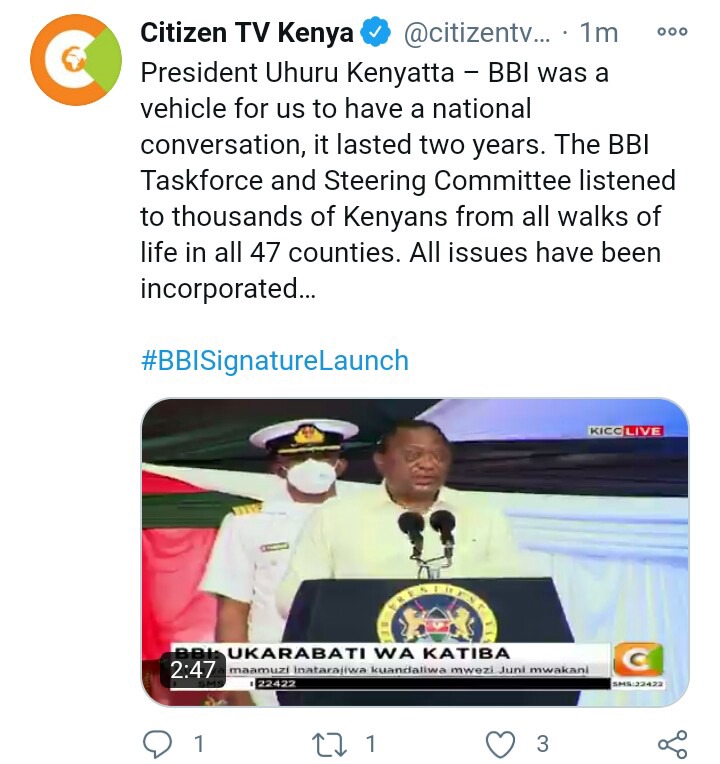 Content created and supplied by bashirjuma03.Opera News is a free to use platform and the views and opinions expressed herein are solely those of the author and do not represent, reflect or express the views of Opera News. Any/all written content and images displayed are provided by the blogger/author, appear herein as submitted by the blogger/author and are unedited by Opera News. Opera News does not consent to nor does it condone the posting of any content that violates the rights (including the copyrights) of any third party, nor content that may malign, inter alia, any religion, ethnic group, organization, gender, company, or individual. Opera News furthermore does not condone the use of our platform for the purposes encouraging/endorsing hate speech, violation of human rights and/or utterances of a defamatory nature. If the content contained herein violates any of your rights, including those of copyright, and/or violates any the above mentioned factors, you are requested to immediately notify us using via the following email address [email protected] and/or report the article using the available reporting functionality built into our Platform. Read more>>