ESPN has revealed their top 10 best attacking midfielders in the world as KDB topped the list. There is no doubt he is the best midfielder currently. His passing,creativity and consistency sets him apart from all the other midfielders. He deserved it. Another Man United star Bruno appeared at the third position. 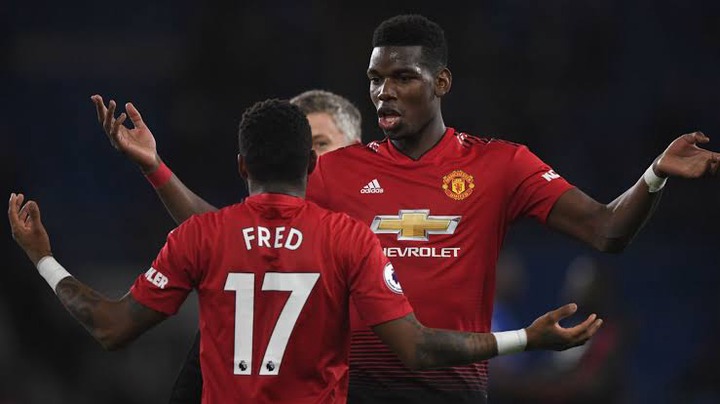 View pictures in App save up to 80% data. Since he joined United no midfielder as scored and assisted more than him. He singlehandedly carried this United side to third position. Bruno is just a dream player. He is a leader on and off the pitch. His attitude is something that United has been lacking for along time. He always demands the best from his teammates. So no surprise he made it to the list. 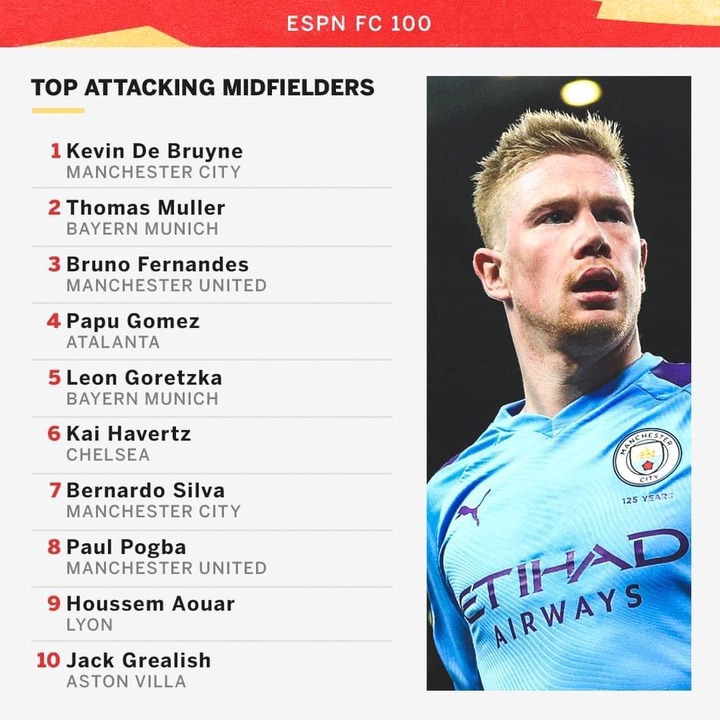 View pictures in App save up to 80% data. The surprise name is Paul Pogba. He appeared shockingly in the top 10. How? The guy barely played last year. This season he has been dropping disastrous performances. He currently can't even make it to a weak United first 11. Maybe he was there because of his name and price tag. 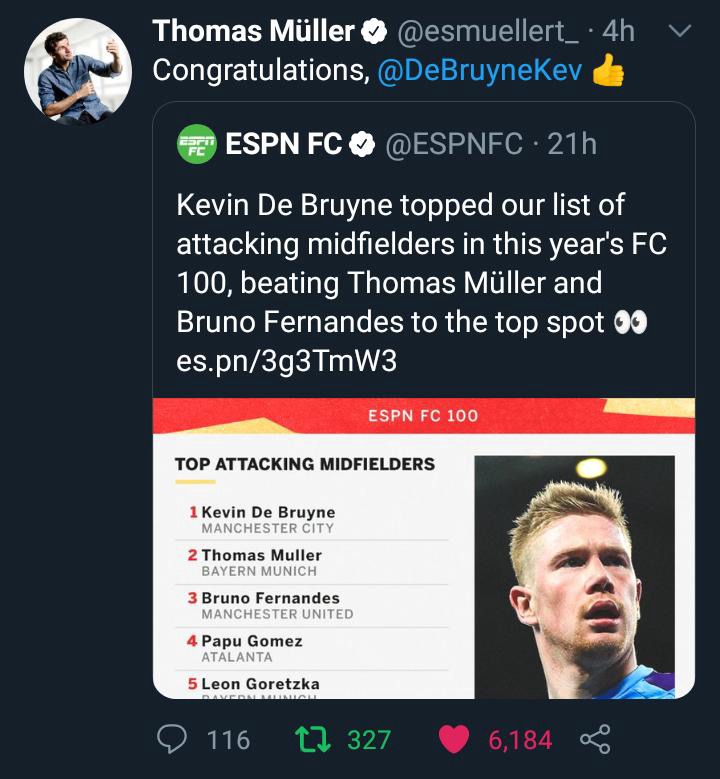 View pictures in App save up to 80% data. It's just unbelievable. What are your thoughts on the list ? Share,comment on the section below, like and FOLLOW our page for more interesting sports articles.

Content created and supplied by News.Today.Opera News is a free to use platform and the views and opinions expressed herein are solely those of the author and do not represent, reflect or express the views of Opera News. Any/all written content and images displayed are provided by the blogger/author, appear herein as submitted by the blogger/author and are unedited by Opera News. Opera News does not consent to nor does it condone the posting of any content that violates the rights (including the copyrights) of any third party, nor content that may malign, inter alia, any religion, ethnic group, organization, gender, company, or individual. Opera News furthermore does not condone the use of our platform for the purposes encouraging/endorsing hate speech, violation of human rights and/or utterances of a defamatory nature. If the content contained herein violates any of your rights, including those of copyright, and/or violates any the above mentioned factors, you are requested to immediately notify us using via the following email address [email protected] and/or report the article using the available reporting functionality built into our Platform. Read more>>