Wilson Sossion was born in 1969 to Domoita from Pokot County, from Tulin clan. They moved from Tarta to Bomet in a early 1970s. He is an Egerton University Graduate. He trained in agriculture. He joined the Kenya National Union of Teachers in 2013 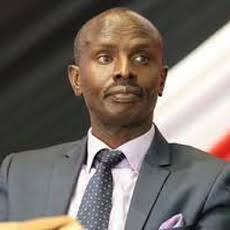 During the strike that paralyzed learning in 2015, a payslip purported to be Sossion’s was circulated online in what was seen as a move to discredit him. According to its content, Sossion gross salary was kes940,000 and whittled down to a net pay kes663,608 after taxes. Sossion defended himself saying nobody earns above kes200,000 basic salary. We have, however, established that a national chairman earns about kes300,000 and his paid a similar amount upon retirement

There were claims that Sossion earns Ksh 940,000 with no allowances per month in a payslip that was circulating on social media platforms.

Kenya National Union of Teachers comprise of the following 8 leaders.

Content created and supplied by Curtis99.Opera News is a free to use platform and the views and opinions expressed herein are solely those of the author and do not represent, reflect or express the views of Opera News. Any/all written content and images displayed are provided by the blogger/author, appear herein as submitted by the blogger/author and are unedited by Opera News. Opera News does not consent to nor does it condone the posting of any content that violates the rights (including the copyrights) of any third party, nor content that may malign, inter alia, any religion, ethnic group, organization, gender, company, or individual. Opera News furthermore does not condone the use of our platform for the purposes encouraging/endorsing hate speech, violation of human rights and/or utterances of a defamatory nature. If the content contained herein violates any of your rights, including those of copyright, and/or violates any the above mentioned factors, you are requested to immediately notify us using via the following email address [email protected] and/or report the article using the available reporting functionality built into our Platform. Read more>>