Since the outbreak of Covid-19, many parents with students in higher learning institutions suffered a big blow after they return home. Only a few students from universities were recalled back.

This forced the remaining to hope for the grand reopening of schools that has been set to January 2021. 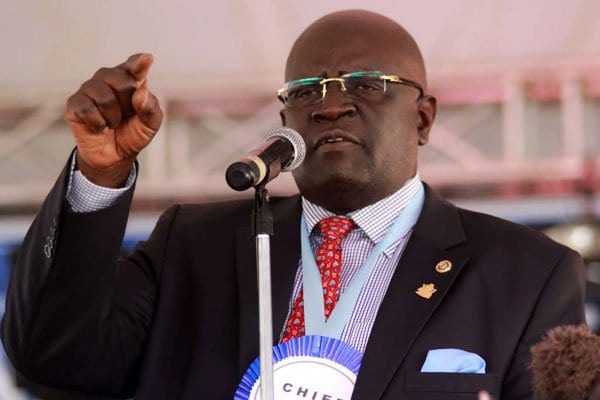 Today as published by TUKO, parents, and students of various universities might suffer come January after other relevant authorities made some decisions as confirmed by the Standard. This comes a few weeks to the expected return dates of University students. 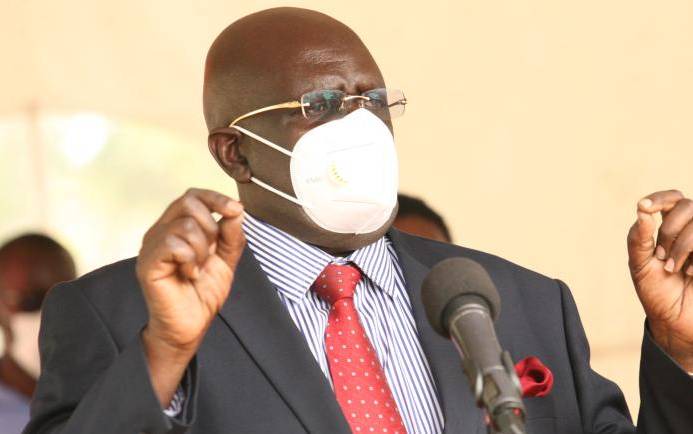 According to TUKO, the National Treasury, Members of Parliaments and Vice-Chancellors have declared public approval of the new financing plan that will triple the university's tuition fee. Meaning, the amount being paid by parents in the last financial year will have to triple if the bill will be passed. 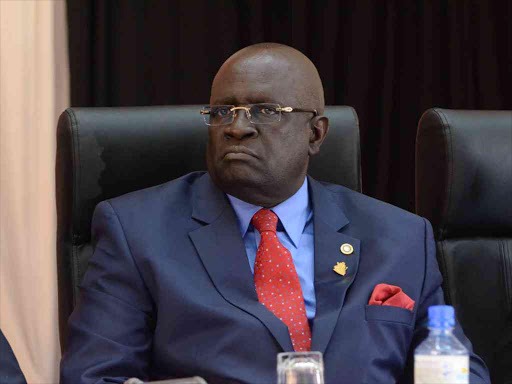 They are expected to pay KSh. 48,000 from the known KSh. 16,000 they used to pay. An additional cost of KSh. 32,000. This will be a great burden to parents who lost their sources of income due to the Coronavirus.

The thing that led to the endorsement of the bill is that the higher learning institutions were being underfunded during the Coronavirus outbreak. 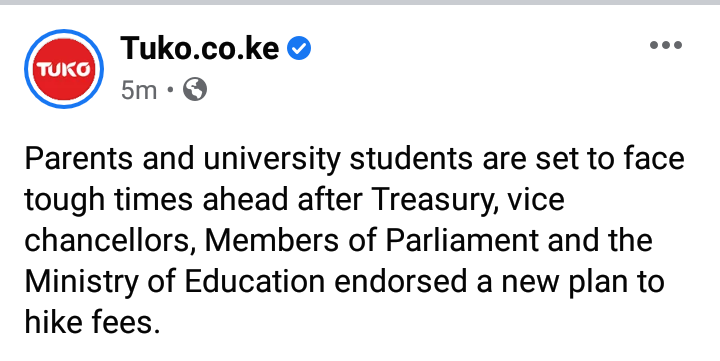 View pictures in App save up to 80% data. This comes after the HELB announced its reduction of money they will give to students. Those who were depending on the loan to pay the fee will be affected greatly after the move. 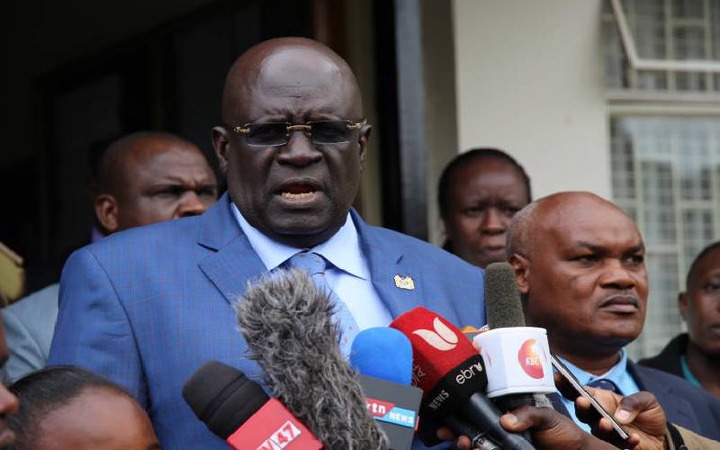 Content created and supplied by Mind-Now.Opera News is a free to use platform and the views and opinions expressed herein are solely those of the author and do not represent, reflect or express the views of Opera News. Any/all written content and images displayed are provided by the blogger/author, appear herein as submitted by the blogger/author and are unedited by Opera News. Opera News does not consent to nor does it condone the posting of any content that violates the rights (including the copyrights) of any third party, nor content that may malign, inter alia, any religion, ethnic group, organization, gender, company, or individual. Opera News furthermore does not condone the use of our platform for the purposes encouraging/endorsing hate speech, violation of human rights and/or utterances of a defamatory nature. If the content contained herein violates any of your rights, including those of copyright, and/or violates any the above mentioned factors, you are requested to immediately notify us using via the following email address [email protected] and/or report the article using the available reporting functionality built into our Platform. Read more>>