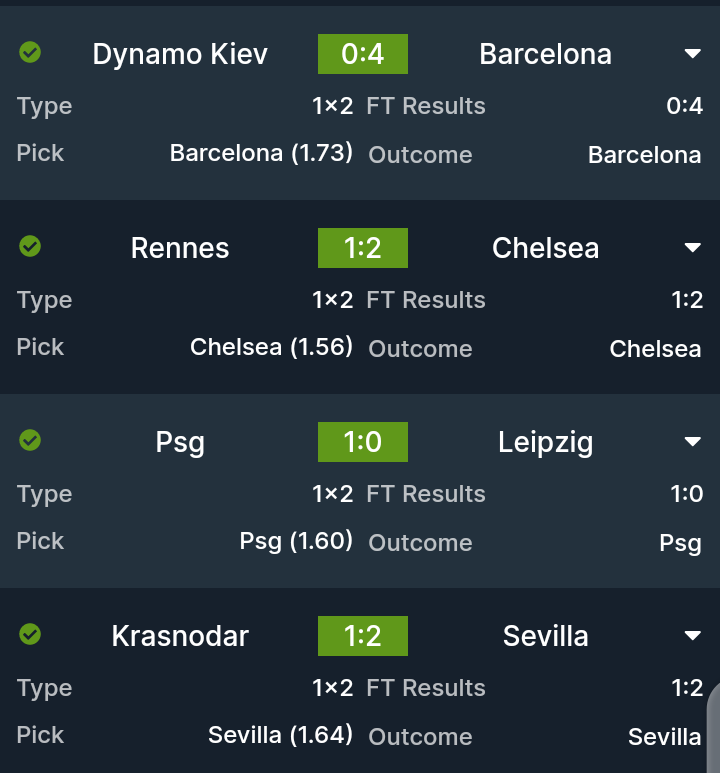 View pictures in App save up to 80% data. Olympiakos vs Man City

I am expecting Manchester City to pull off an away win which would see them qualify for the Round of 16 with two games to spare. The visitors have only been absent from the scoresheet in a Champions League match on just one occasion since the start of 2018/19, and presently lead the tournament for average possession per match. At least one team failed to score in all but one of Olympiakos’ last six group stage games.

View pictures in App save up to 80% data. Ajax vs Midtjylland

I am heavily expecting Ajax to make it two wins from two in their contests against FC Midtjylland. The Dutch champions have averaged just under two goals per game in their last 10 Champions League matches, although their last five defeats in the competition all came at the Amsterdam Arena. Midtjylland are yet to manage more than three shots on target in a match in this season’s competition.

I am favouring Inter Milan to narrowly overcome Real Madrid in a clash between two European titans who will both be desperate for a win. Antonio Conte’s side are still searching for their first victory in this season’s tournament, and managed just two in their last 13 group stage games. Real did not kept a clean sheet in their last seven Champions League matches.

I am favouring Liverpool to overcome Atalanta at Anfield. The 2019 winners turned in a highly impressive performance to thrash them 5-0 in their first meeting, although repeating the feat will come with the added challenge of a lengthy and growing injury list. Despite taking the three points from just one of their opening three games, only Barcelona (29) have recorded more attempts on target than Atalanta’s 23.

check the picks below 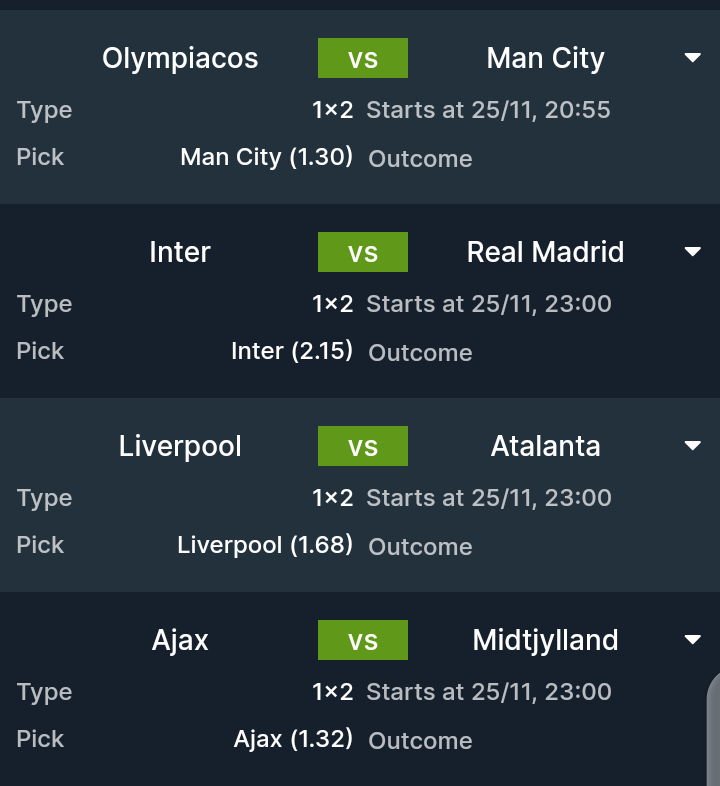 Content created and supplied by AceSporty.Opera News is a free to use platform and the views and opinions expressed herein are solely those of the author and do not represent, reflect or express the views of Opera News. Any/all written content and images displayed are provided by the blogger/author, appear herein as submitted by the blogger/author and are unedited by Opera News. Opera News does not consent to nor does it condone the posting of any content that violates the rights (including the copyrights) of any third party, nor content that may malign, inter alia, any religion, ethnic group, organization, gender, company, or individual. Opera News furthermore does not condone the use of our platform for the purposes encouraging/endorsing hate speech, violation of human rights and/or utterances of a defamatory nature. If the content contained herein violates any of your rights, including those of copyright, and/or violates any the above mentioned factors, you are requested to immediately notify us using via the following email address [email protected] and/or report the article using the available reporting functionality built into our Platform. Read more>>