"My, Oh My!": Inside Jeff Koinange's Love Life

Perhaps the most famous face on Kenya's television screens today, Jeff Mwaura Koinange is a subject of much intrigue and speculation. Much has been written about him but seldom do people get to hear of his complicated love life. 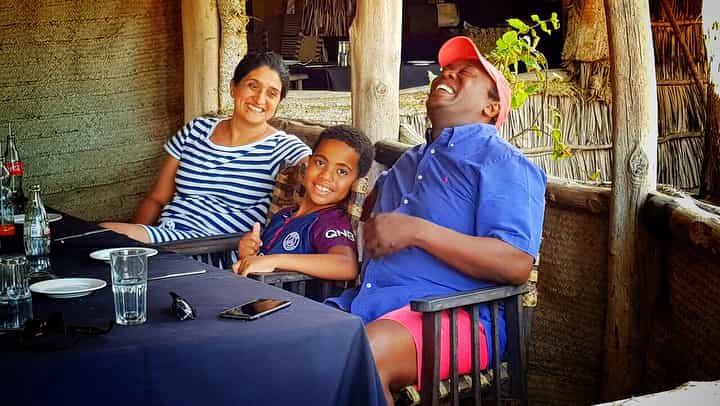 In 1986 during a Pan Am auditioning for flight attendants, Jeff met Shaila, a Kenyan lady of Asian decent. Thereby began an affair that was to culminate in marriage eight years later.

In 1988 Jeff Koinange married Sonya a flight instructor of Panamanian decent. This would be Jeff's first marriage, driven by the adventure and hedonistic experiences of youth. Whimsically, in his own words, he still recalls the "non stop sun, sea and s_x" in Monrovia which characterized that romantic joust. Unfortunately Sonya would be caught cheating with another man and in 1994 they separated. 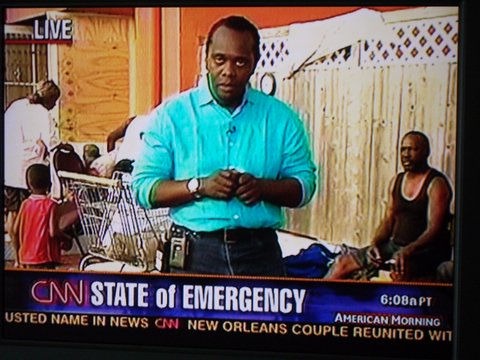 Jeff during his tenure at CNN.

Jeff who was then rising up in the media profession would bring home his heartache to his old flame, Shaila.

Jeff and Shaila now got married in 1994 shortly before his international journalistic career took off. Variously Jeff would do stints with Reuters, ABC News, KTN and NBC News. But his most remarkable breakthrough would come when CNN was shopping for a Bureau Chief for its Lagos office. Jeff landed the job and would spend 5 years in troubled West Africa.

At this time his marriage was on the rocks and was only salvaged by a transfer to the Johannesburg office of CNN where he worked as Senior African Correspondent.

Just when it appeared like Jeff would have his marriage back on track, billionaire Swiss businesswoman, Marianne Briner Mattern brought up romantic, old e-mail communication between Jeff and herself. Whether it was blackmail or love turned sour her purpose of bringing to the limelight private, 'steamy' communication has never been clear. 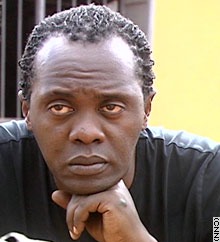 View pictures in App save up to 80% data. Otherwise the Briner scandal contributed to Jeff losing his job with CNN in 2007.

Of course he came back home to Shaila. And now after a difficult marriage of 9 years the two were ready to start a family. The family's only child, Jamal Mbiyu Koinange was born sometime in 2007.

Back home of course Jeff is a hotly sought after presenter grossing approximately two million shillings monthly in salary and emoluments. Recently Jeff Koinange revealed his net worth, conservatively, to be in the region of Shs.50 million.

Jeff comes from an affluent family and is joint heir to a good fortune, but pursues journalism as a passion. He is variously decorated including with a Head of State Commendation.

Next time you see that famous face adorning that magnanimous smile on your television screen uttering his byline: "My, Oh My!" remember there's a human being behind it who's had his share of tears as well as the good times.

Content created and supplied by Dalanews.Opera News is a free to use platform and the views and opinions expressed herein are solely those of the author and do not represent, reflect or express the views of Opera News. Any/all written content and images displayed are provided by the blogger/author, appear herein as submitted by the blogger/author and are unedited by Opera News. Opera News does not consent to nor does it condone the posting of any content that violates the rights (including the copyrights) of any third party, nor content that may malign, inter alia, any religion, ethnic group, organization, gender, company, or individual. Opera News furthermore does not condone the use of our platform for the purposes encouraging/endorsing hate speech, violation of human rights and/or utterances of a defamatory nature. If the content contained herein violates any of your rights, including those of copyright, and/or violates any the above mentioned factors, you are requested to immediately notify us using via the following email address [email protected] and/or report the article using the available reporting functionality built into our Platform. Read more>>