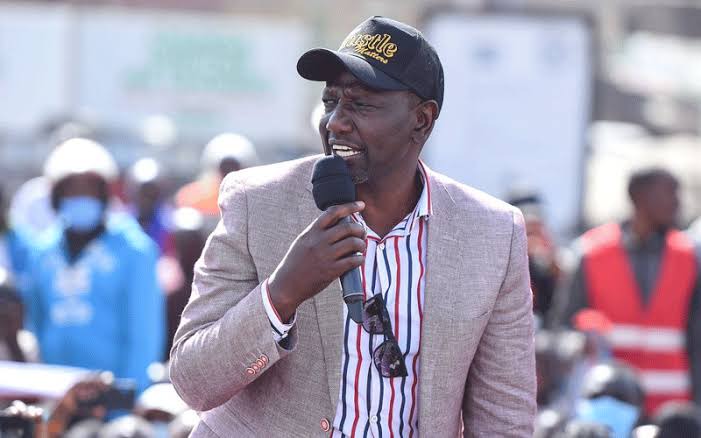 The abrupt meeting was convened to strategize a no campaign against pro BBI team lead by Uhuru-Raila team. A series of political rallies is expected to be witnessed across the country as the referendum dates are yet to be decided. It was made clear to the team to reject the BBI and rally Kenyans against supporting the document which they claim will 'burden' Kenyans.

Ruto also asked the team to read the report and highlight areas they will use to incite the Kenyans. Even though the team advised the DP to skip the Monday BBI convention at Bomas of Kenya but the DP told them if the president invites him he cannot fail to attend as that will not augur well with the head of state.

The BBI is expected to face brilliant resistance as the team boasts of constitutional, political and IT experts

Content created and supplied by Briannambale1.Opera News is a free to use platform and the views and opinions expressed herein are solely those of the author and do not represent, reflect or express the views of Opera News. Any/all written content and images displayed are provided by the blogger/author, appear herein as submitted by the blogger/author and are unedited by Opera News. Opera News does not consent to nor does it condone the posting of any content that violates the rights (including the copyrights) of any third party, nor content that may malign, inter alia, any religion, ethnic group, organization, gender, company, or individual. Opera News furthermore does not condone the use of our platform for the purposes encouraging/endorsing hate speech, violation of human rights and/or utterances of a defamatory nature. If the content contained herein violates any of your rights, including those of copyright, and/or violates any the above mentioned factors, you are requested to immediately notify us using via the following email address [email protected] and/or report the article using the available reporting functionality built into our Platform. Read more>>