The Premier League is the best League in the world and like any other league, Premier League has six teams which are considered as big or giant teams. Among them is Manchester City, Liverpool, Chelsea, Manchester United, Arsenal and Tottenham Hotspur.

In the past few days Chelsea fans have been reported doing some funny and crazy staffs which have raised concerns from other football fans.

Its just some few days that a picture of a lady went viral showing her wearing only the Yokohama Chelsea Jersey and a ball between her legs. 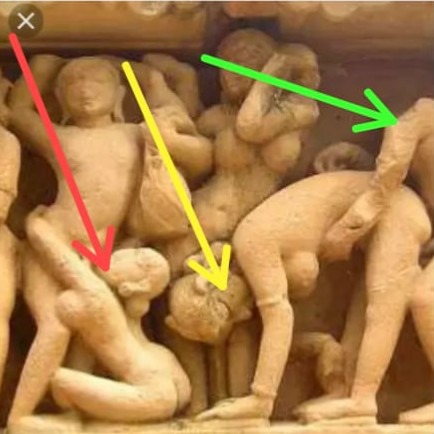 Another Chelsea fan has really surprised the whole world with the sculptures he has at his home. The big Chelsea fans has made everyone wondering what kind of things are those that makes him look more of a witch.

The Fan has no problem with his sculptures and to confirm that he replied that he aims at interesting all Chelsea fans Who pass near his compound and when the club wins. He added that he build them when Chelsea Won their First Premier League Title under Abramovic. Content created and supplied by Karismatic001.Opera News is a free to use platform and the views and opinions expressed herein are solely those of the author and do not represent, reflect or express the views of Opera News. Any/all written content and images displayed are provided by the blogger/author, appear herein as submitted by the blogger/author and are unedited by Opera News. Opera News does not consent to nor does it condone the posting of any content that violates the rights (including the copyrights) of any third party, nor content that may malign, inter alia, any religion, ethnic group, organization, gender, company, or individual. Opera News furthermore does not condone the use of our platform for the purposes encouraging/endorsing hate speech, violation of human rights and/or utterances of a defamatory nature. If the content contained herein violates any of your rights, including those of copyright, and/or violates any the above mentioned factors, you are requested to immediately notify us using via the following email address [email protected] and/or report the article using the available reporting functionality built into our Platform. Read more>>