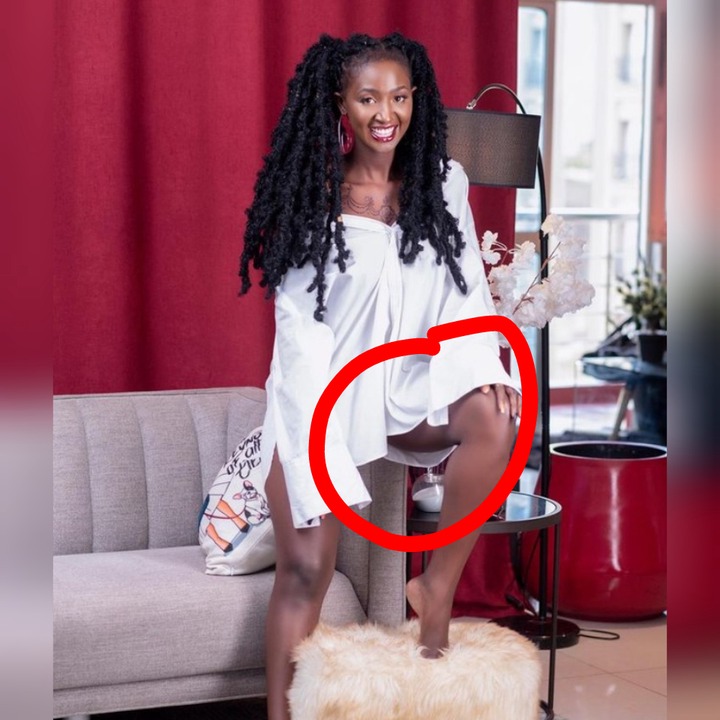 You probably are aware of Eric Omondi's plight with the moral cop Ezekiel Mutual. If you don't have the memo, apparently, Ezekiel Mutual called out Eric for stripping online and posting PG rated pictures without putting a disclaimer. Eric Omondi did not take that lightly and went ham on Ezekiel warning him not to cross his lane. Well, Mammito who is also a comedian in her own right just posted a photo on Instagram that had fans hinting that she is following Eric's footsteps. 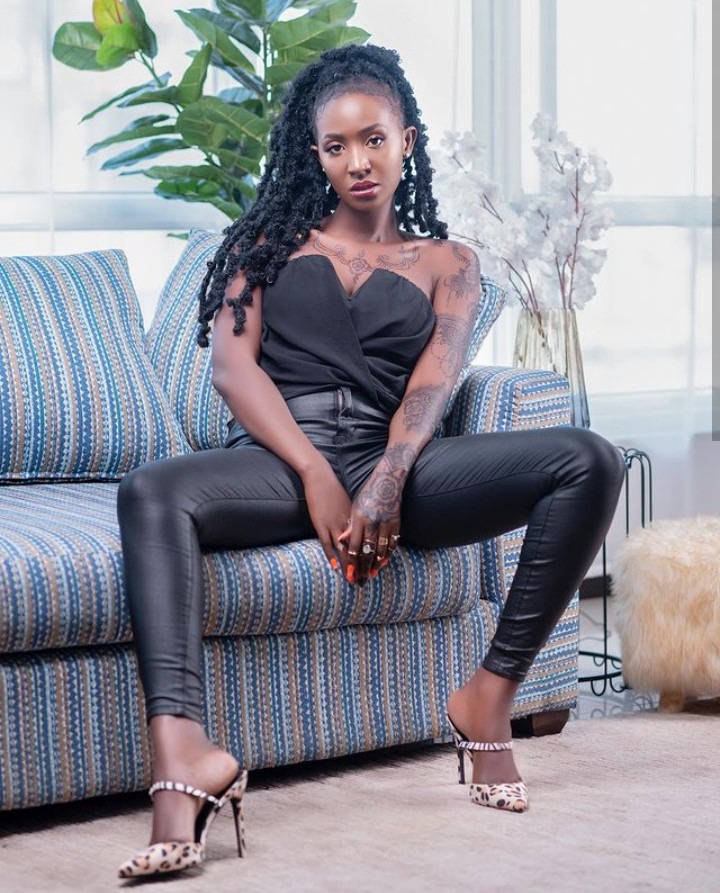 While most fans complemented her new look, others hinted that her latest look could awaken Ezekiel Mutual who is known for his strong policies against posting of unfiltered content online. However, if you take a look at mammito's picture, it is nowhere close to nudity because she has covered up most of her body parts. The look is not even close to bikini posts that some female celebs post on their timelines from time to time. It must be tough being Ezekiel Mutual. Below are some of the reactions from fans: 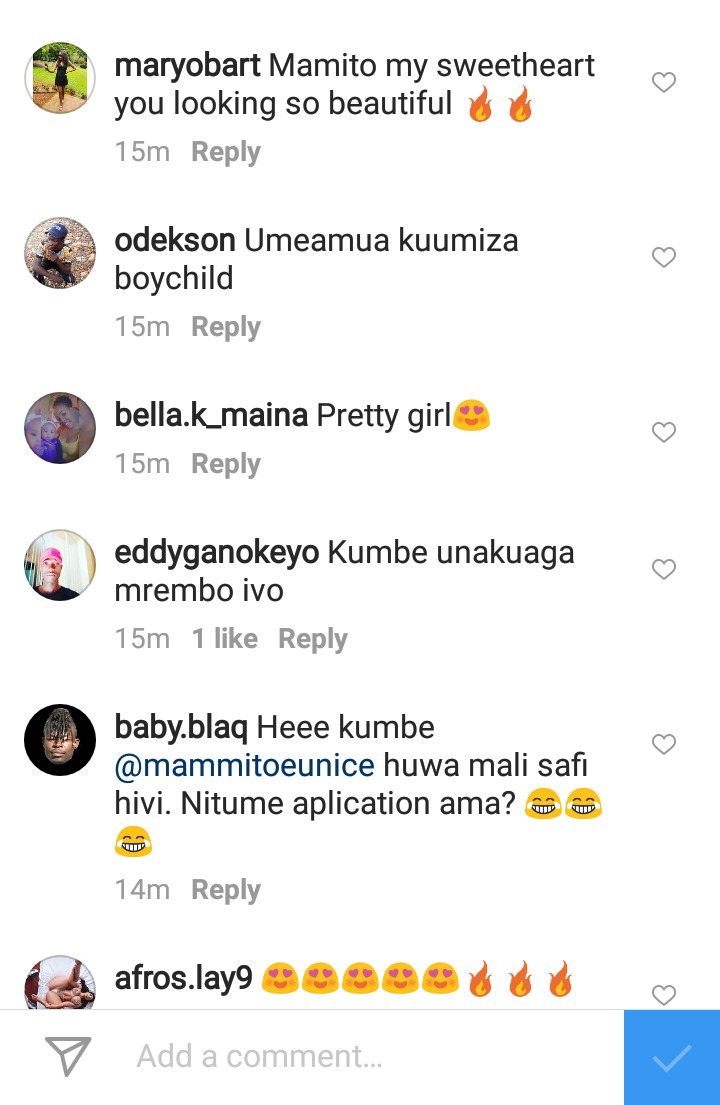 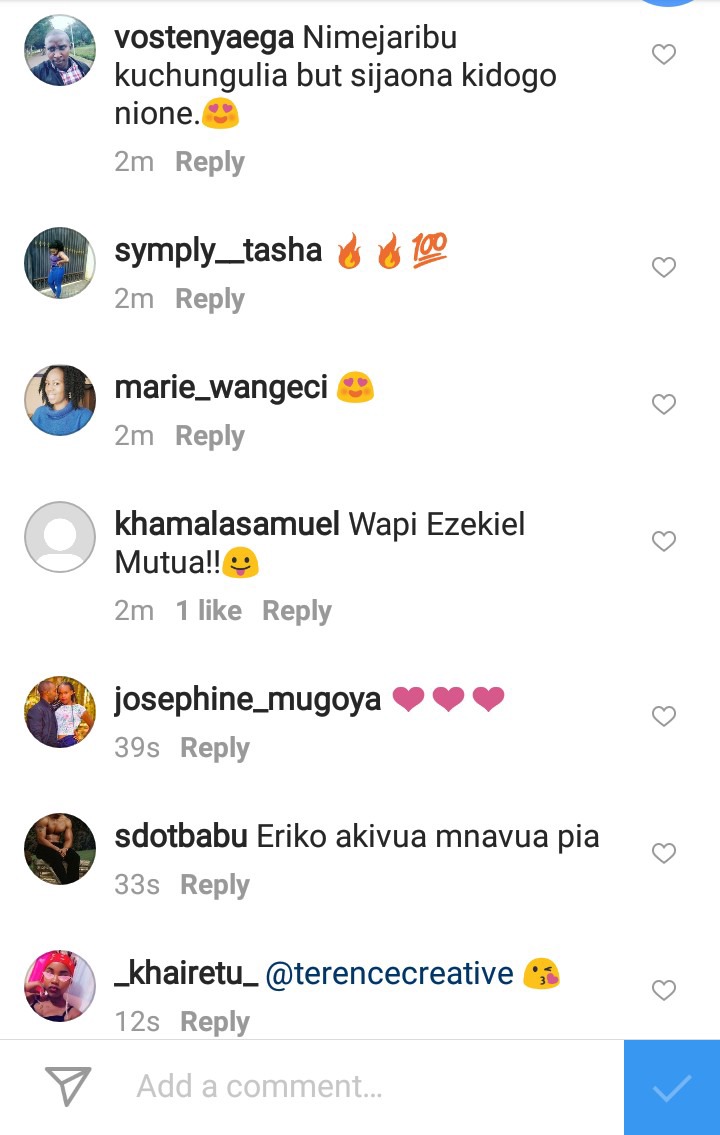 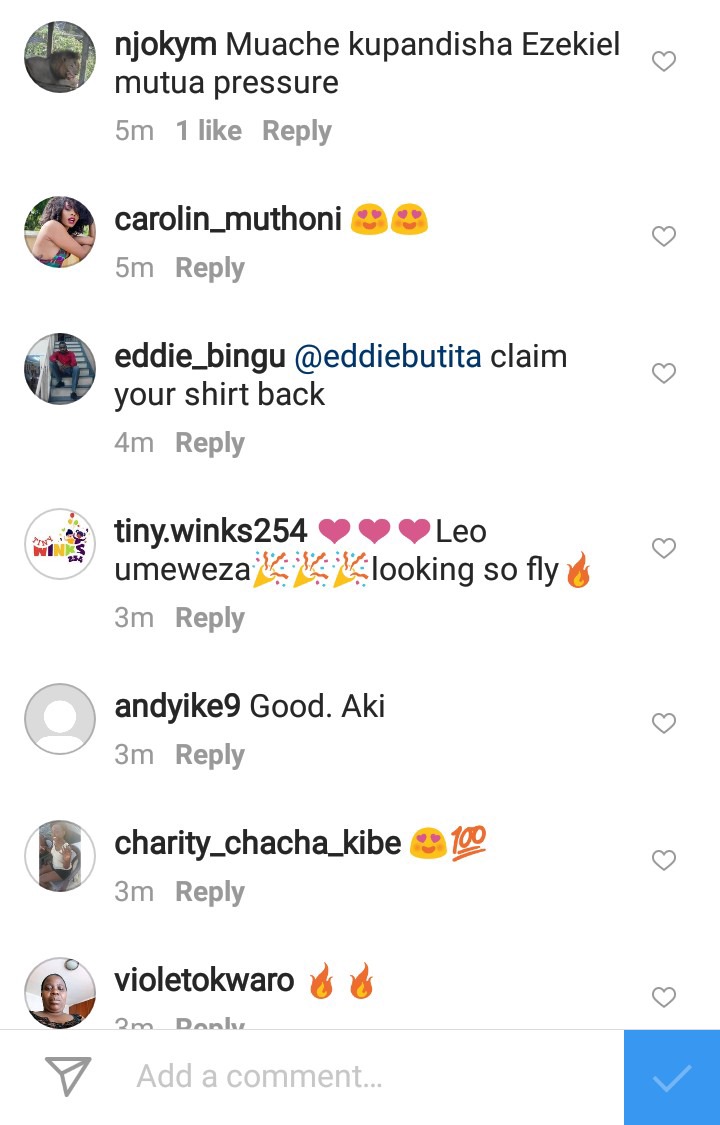 Content created and supplied by YourMuse.Opera News is a free to use platform and the views and opinions expressed herein are solely those of the author and do not represent, reflect or express the views of Opera News. Any/all written content and images displayed are provided by the blogger/author, appear herein as submitted by the blogger/author and are unedited by Opera News. Opera News does not consent to nor does it condone the posting of any content that violates the rights (including the copyrights) of any third party, nor content that may malign, inter alia, any religion, ethnic group, organization, gender, company, or individual. Opera News furthermore does not condone the use of our platform for the purposes encouraging/endorsing hate speech, violation of human rights and/or utterances of a defamatory nature. If the content contained herein violates any of your rights, including those of copyright, and/or violates any the above mentioned factors, you are requested to immediately notify us using via the following email address [email protected] and/or report the article using the available reporting functionality built into our Platform. Read more>>