Is The One Who Sinneth A sinner?

I wrote about sin some few days ago and if you want you perfectly understand this post well then try and read my previous article on sin. Today I want to handle who actually is a sinner and what makes the person a sinner. So that the readers should also add their comments.

📖 “For all have sinned, and come short of the glory of God;”

🗣️ A lot of people use this text make a claim that anyone who sinned is a sinner, and because common sense also has it that one who does something is a doers of the things.

But the question is every body a sinner on earth now? Many will say yes, why? Because some will prove that because the Bible said for all have sinned.

So let me ask another question, so was Abraham a sinner? John? Isaiah? , Jeremiah?

Some will say yes and others will say no.

This is the main reason why we have to better understand this well.

📖“Therefore, as by one man sin entered into the world, and death by sin; and so death passed upon all men, for that all have sinned:”

🗣️ The text above proved that sin entered the world through one man and by that making every one to look like sinners. Meaning the Cain and Abel being born by Adam were sinner not because they sinned as their father Adam. Check the post text.

📖“Nevertheless death reigned from Adam to Moses, even over them that had not sinned in the likeness of Adam's transgression, who is the figure of him that was to come.”

📖 “Behold, I was brought forth in iniquity, and in sin did my mother conceive me.”

🗣️ The scriptures prove that we were born in sin, mean you don't even have to do anything before becoming a sinner, if because you have a sinful nature. That is all.

Now if the sinner is born again not with corruptible seed or by flesh he seized to be a sinner. But now a righteous man.

Someone might ask: what if he sin again. He is only a righteous man that sinneth. Just like if a man crawl on the ground and eat grass like goat, the question is; is the man a goat? No he is only a man behaving like a goat. ³⁸ Be it known unto you therefore, men and brethren, that through this man is preached unto you the forgiveness of sins:

³⁹ And by him all that believe are justified from all things, from which you could not be justified by the law of Moses.

🗣️ Any one who believes Jesus the Christ is no more a sinner but a righteous man. The God of God.

📖“But as many as received him, to them gave he power to become the children of God, even to them that believe on his name:” 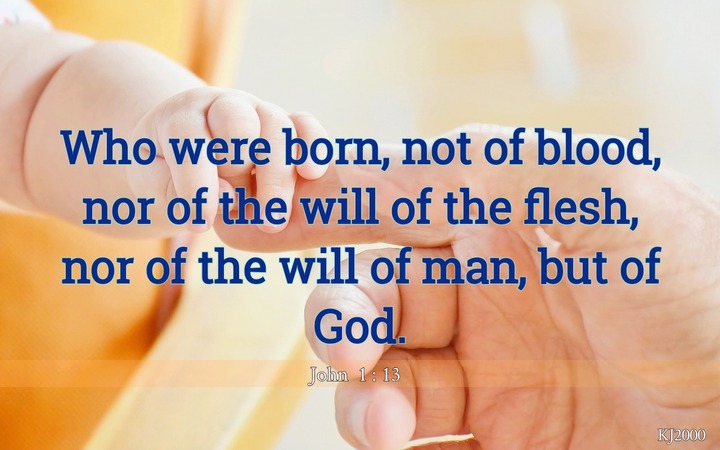 Please add your opinion or ask questions is something is not clear to you, better still you can share to family and friends to also fellowship with me even as my fellowship is with the father.