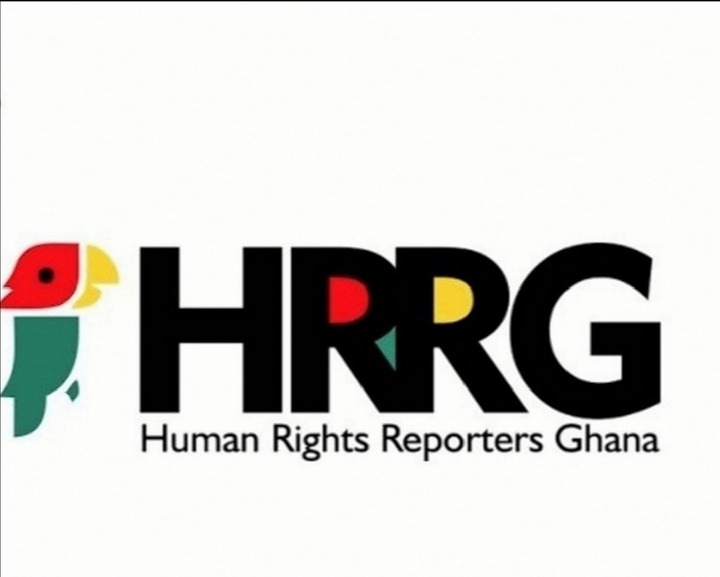 The group in a statement signed by its Executive Director, Joseph Kobla Wemakor and copied to the media vehemently condemn the so-called barbaric acts in no uncertain terms and equally called for the perpetrators to be brought to justice.

"The Human Rights Reporters Ghana (HRRG) is utterly alarmed and devastated by continuous attacks on journalists and media outlets including the latest alleged assault and battery by state security operatives on Caleb Kudah and acts of intimidation on Zoe Abu-Baidoo both of Citi FM/TV".

"In this regard HRRG, sees the developing cases of violence targeted against journalists and media outlets very worrying. When journalists are violently attacked, it creates a climate of self-censorship, fear and hypocrisy. Journalists and media houses face intimidations after attacks and are not bold to speak against the rot in society. They exercise unwarranted control over what they say, write about or do when covering stories of national interest".

"HRRG therefore, urgently calls for an independent and transparent investigation into all reported cases of assaults and battery on journalists and media outlets so that those behind such attacks can be brought to book and appropriate sanctions meted out accordingly", part of the statement reads.

Read the full statement below: 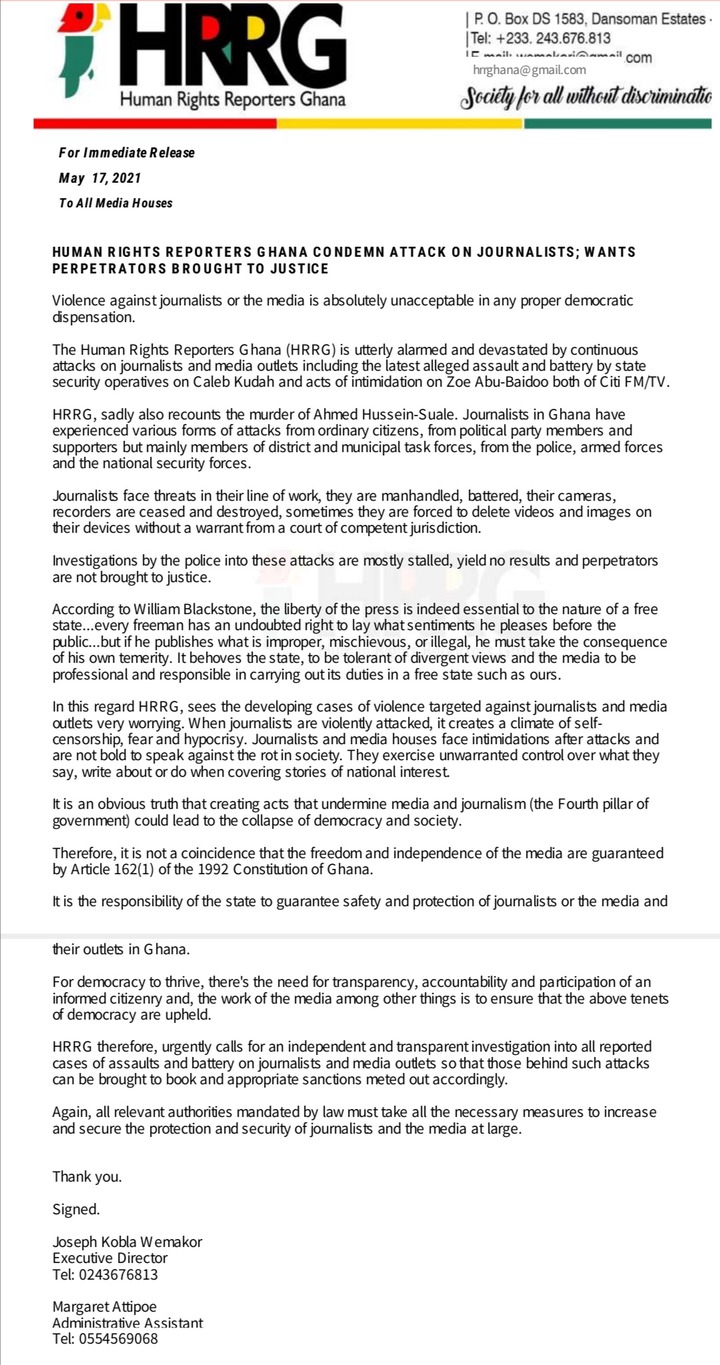