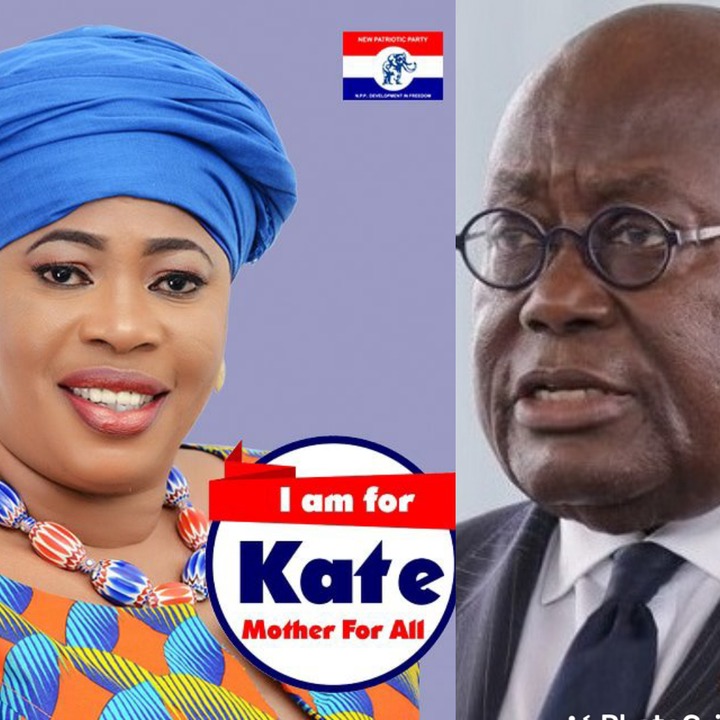 He added that, she is having a fine case so she should never allow anybody to beg her to stop initiating a court action against the President.

According to him, after inspecting Kate Gyamfua's documents he have no shred of doubt that, she will win any initiated case against the President because she acquired the concession legally.

He made this known in his submission on Pride Radio. He added that, it's time we all come together and fight a good course.

" Giving the NPP women's Organiser a license to operate, and turning round to burn her equipment is highly unfair. She should be bold and initiate a court action against the President who gave the military that power to Burn her escavators. She will win a judgement debt" He Boldly said.

" Winning a judgement Case is Another problem. If she is able to sue, she will now appreciate Woyome's judgement debt Case devoid of politics" He added.

Content created and supplied by omanghanansem.Opera News is a free to use platform and the views and opinions expressed herein are solely those of the author and do not represent, reflect or express the views of Opera News. Any/all written content and images displayed are provided by the blogger/author, appear herein as submitted by the blogger/author and are unedited by Opera News. Opera News does not consent to nor does it condone the posting of any content that violates the rights (including the copyrights) of any third party, nor content that may malign, inter alia, any religion, ethnic group, organization, gender, company, or individual. Opera News furthermore does not condone the use of our platform for the purposes encouraging/endorsing hate speech, violation of human rights and/or utterances of a defamatory nature. If the content contained herein violates any of your rights, including those of copyright, and/or violates any the above mentioned factors, you are requested to immediately notify us using via the following email address [email protected] and/or report the article using the available reporting functionality built into our Platform. Read more>>